Home » Site-Sections » Gadget News » Virtual Reality & Augmented Reality to Rule 2016 – But Which is Which?

Virtual Reality & Augmented Reality to Rule 2016 – But Which is Which? 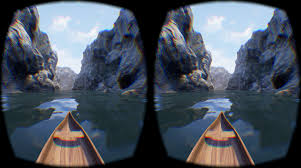 This year could very well be the big one for both augmented and virtual reality devices. The furor surrounding the Oculus alone should be enough to at least pique the interests of the general public.

The sales of virtual/augmented-reality devices will supposedly soar to 14 million by then end of 2016 and jump to 38 million by the end of 2020, as predicted by research firm TrendForce. Now, obviously, there will be a number of competitors in the Virtual salesroom vying for your hard earned cash/virtual currency and I would like to clarify a few things for those looking to venture into this new area of technology.

Most devices that are currently available on the market today offer either a full virtual experience or an augmented one (think Tom Cruise in Minority Report for augmented). This seems to be a matter of confusion after searching through numerous sites claiming a device is VR when in actual fact it is an AR device.

VR – replicates an environment that simulates a physical presence in places in the real world or an imagined world, allowing the user to interact in that world. Virtual realities artificially create sensory experiences, which can include sight, touch, hearing, and smell.

AR is a live direct or indirect view of a physical, real-world environment whose elements are augmented (or supplemented) by computer-generated sensory input such as sound, video, graphics or GPS data.

I have listed below a number of devices currently available from various manufacturers that offer either VR or AR along with a pulled image of the device in use.  Personally I would go for the AR devices over VR as I enjoy adding to my experience of the world rather than locking myself away from it.

Hopefully this will clear a few things up for many of us interested in this area.