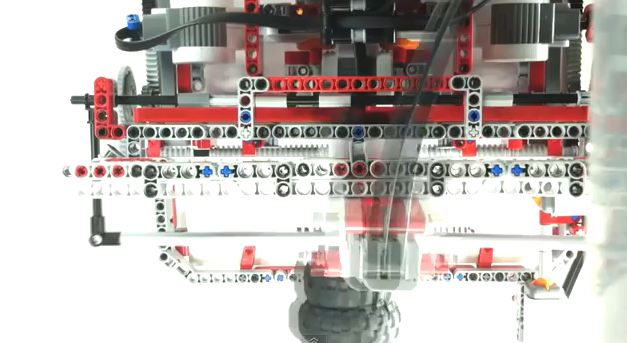 An imaginative youngster with a love for Dannish construction toy range and new Minecraft partner LEGO has managed to build an amazing working printer out of the humble bricks and a set of motors! 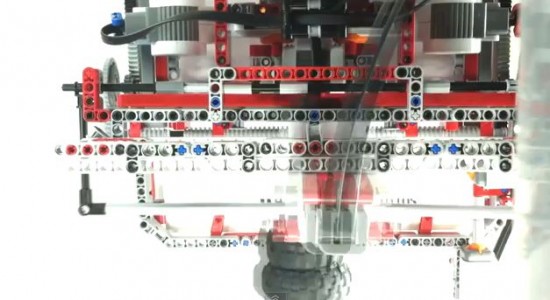 Leon Overweel is only fourteen, but from the assortment of versatile and colourful pieces found in his toy box this kid was able to design and construct the complex gadget from the World’s Favourite Toy. That in itself is an incredible feat of ingenuity, but Leon has even gone so far to create a binary code that tells a guided felt-tip pen where to place pixels and essentially print a picture from a computer. Despite being restricted to creating only fifty-by-fifty pixel print-outs, which are fairly crude, and taking around 3 hours to produce those results, Leon’s LEGO printer is a seriously remarkable bit of kit!

It’s not the first time the Lad has used the building toy to create amazing tech-based gadgets. He previously built a remote controlled car which works via the Skype voice and video chat software. Here’s a fellow with a bright future, so if he can do it surely we can follow and you’re stuck for something to do this Sunday afternoon, grab your LEGO from the loft (we know it’s still up there) and see what you can come up with – as Leon proves the possibilities are endless!

If you can make us a New iPad, that would be great! As pre-order stocks in the UK and US have just sold out through Apple’s online store! Read more about this story in the Gadget Helpline’s coverage – Here.