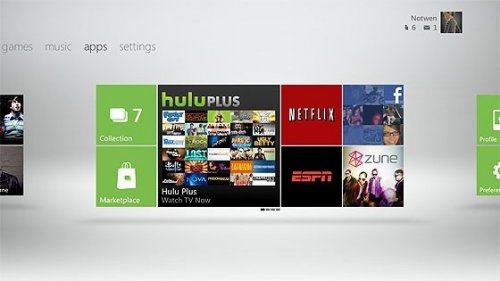 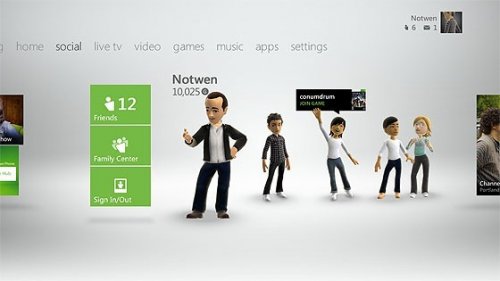 The Xbox 360’s forthcoming Dashboard update, which is looking set to be coming to consoles from the 15th of November to celebrate 10 years of Xbox live, will usher in a new Windows standard by bringing the design in line with Windows Phone 7 devices and Windows 8.

With the 15th of November coming at us pretty quickly, a leaked video has appeared on YouTube showcasing the new Xbox 360 Live Dashboard in all its glory… well, in all its French glory, as the video is recorded with the French language set.

Still, it’s not hard to make out what is going on and with a simple trip to Google translate its even easier. As you can see from the video the Dashboard takes many of the Windows Phone 7 style features including a tile-like design and breezy open spaces, which is teamed up with the more Media Focused Xbox 360 features.

One of the big new features of the Xbox 360 is a proposed update on the Live TV aspect of Xbox Live. When the update was initially announced at this year’s gaming E3 conference, Microsoft briefly showcased the new updated Windows interface and quoted that the new layout would be “our vision for the future of television”.

The new interface will be broken down into videos, games, music and apps, as well as offering Bing voice search via the Kinect accessory, along with a host of rumoured Live TV and voice control functions for the service.

From the video we can see that the new Dashboard does stay in keeping with the Xbox 360 Kinect Dashboard update from last year and will again have full Kinect functionality, whilst bringing the new Windows vibe to it as well.

Let us know your thoughts on our comments below or via or @Gadget_Helpline twitter page or Official Facebook Group.