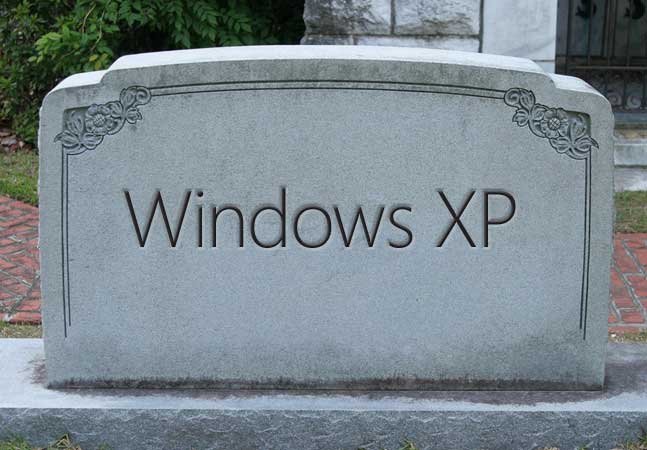 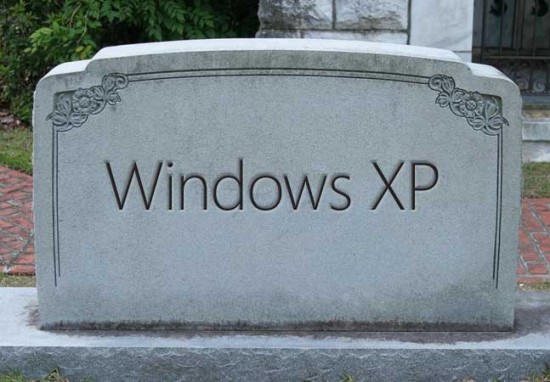 It’s been a long while since the support for Windows XP was finally chucked by Microsoft, in a move not only to get the aging, clunky operating system onto the trash heap, but also to get users onto more modern systems, such as Windows 7 and 8.

In fact, Windows 7 is already looking to be on its last legs, following the announcement of Windows 10, as well as Windows 8’s continued grasping of market share from the older OS.

Whilst Windows 7 is arguably the most reliable system, most faithful to the original Windows concept, 8.1 offers more in the way of interactivity and inbuilt apps, and Windows 10 will do much much more.

Figures show that the market share globally of Windows XP is taking a dive – and Windows 8.1, the most modern Windows OS on the scene, is taking up the share lost by XP, with most of the new users bypassing the older Windows 7. and taking the plunge into the app-laden 8.1. 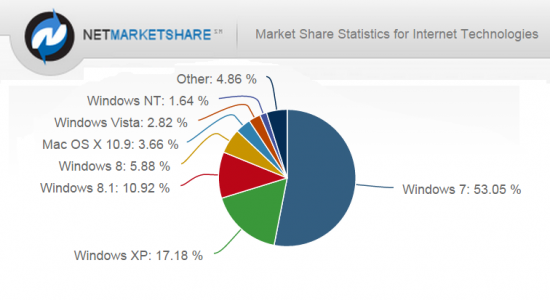 Thanks to Netmarketshare, we can track the market share of operating systems as the data comes in.

The Register reports that two market share counters are both saying that during October XP took a big hit whilst 8.1 a big boost – Netmarketshare reported a drop for XP from 23.97 per cent of PCs to 17.18 per cent this October, whilst another service, Statcounter, reported that XP dropped from 14.4 per cent market share to 13.22 per cent.

These dips are the biggest since both market research bodies started counting back from a couple of years ago, around 2012.

The massive dip is as of yet unexplained but the adoption of new operating systems is to be expected following the massive XP fiasco around the notorious ‘day one exploits’ – a Y2K like event which warned users their XP machines would be hacked instantaneously following the retraction of support.

Other factors include the rise of the moderately successful Surface Tablets, whose inception may have caused the market share stats to change, as after all, adding new computers into the market on 8.1 will change the stats.

Whatever the reason behind the changes, the era of XP is long gone, and it’s good to see that the world is starting to wake up to what Microsoft have to offer – although Windows 10 ultimately will change the face of Windows computing when it arrives in 2015.

Stats Via: Statcounter and Netmarketshare