YouTube Launches In-App Messenger Feature – But Not to Everyone 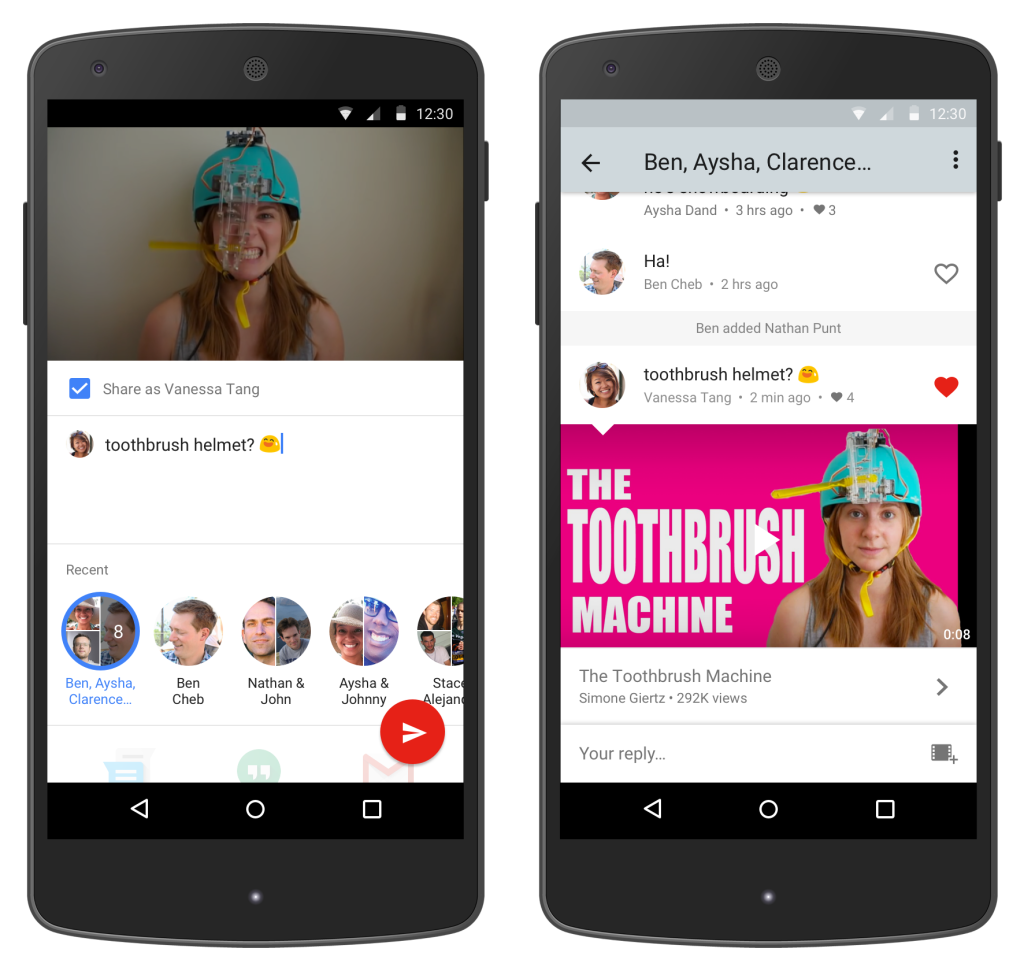 Google-owned video streaming brand YouTube has quietly rolled out a new messenger feature for the Android and iOS app.

Only a handful of users are currently welcome to enjoy the new in-app feature however, and YouTube hopes that by introducing a new tab within the app dedicated to chatting they can encourage more sharing of videos between pals online.

It’s true that we all hit up other messenger services or Facebook to let our mates know about the latest trailer for a Hollywood blockbuster or a crazy stunt gone wrong – so why not cut out the ‘copy and paste’ have a messaging system built into YouTube in which you can play the videos mid-conversation?

For Google it’s a win because it keeps people on the app for longer and really does make YouTube a lot more social networky. Sound like a good idea to us and can only further YouTube’s reach which currently enjoys over 4-billion views. It’s definitely worth checking up YouTube’s Statistics page if you’re interested in more facts and figures. It’s quite eye-opening.

Even if you haven’t been included in the introduction of the YouTube messenger feature it seems you can still potentially get involved if a contact is feeling kind enough to invite you into a chat. Sounds similar to when Google+ launched initially as invite only. On the big G’s social network friends could only be added if an existing user sent them a request.

We’d message you about it on there but unfortunately we’ve not been invited, so will thank Wired for the above details!