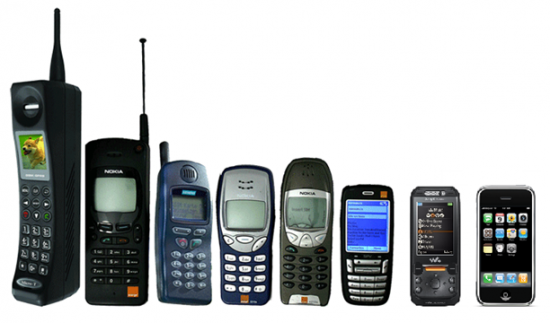 The future as a concept is changing very radically, of late time honored visions of rayguns, hoverboards and other staples from the elder days of science fiction have mostly vanished from the silver screen, or at least been thoroughly revamped – the same can be said of the 80’s-90’s era of ‘grimy future’ stories… all of this has been mostly replaced by more realistic visions of technology, far more subtly.

Even some of the more wacky elements of earlier sciencefiction shows and superhero comics are receiving a more modern touch – The Avengers franchise features things one might almost call believable, and whilst it does hark back to older content, J.J. Abrams’s vision of the Star Trek universe also seems fresh and believable, although in both cases CGI is probably to blame.

The tech industry has failed us in the case of hover boards, although maybe check back in a year or two.

Just between you and us, we personally believe Tony Stark is real and Robert Downey Jr. is just a cover story… but hey, we could be wrong.

Most television and movie science fiction offerings now show either a consumer tech reliant or apocalyptic future – it sits well with constant reports from analysts that consistently predicting rises in the technology we use, as well as those from activists – who say we’re breaking the Earth.

It looks like we’re either doomed to head out into space from a ruined planet like Joss Whedon’s Firefly, or stay on Earth glued to our phones and the internet, and end up like residents of the Axiom in Wall-E.

Prophetic visions of a tech reliant society from Pixar in Wall-E.

Of course these are just visions, but the facts steadily pour out from analytics companies, and with regards to the tech world, the figures show massive rises in the next half decade. The most prominent figure is in the title – 90% of the world will own some form of mobile phone by 2020.

The figures don’t stop there – smartphones are also on the rise, as opposed to brick phones and older devices lacking an OS. In the third quarter of 2014 smartphones accounted for 65%-70% of phone units sold, up 10% from 55% in Q3 2013. Allegedly 6.1 billion smartphones will be in use globally by 2020. 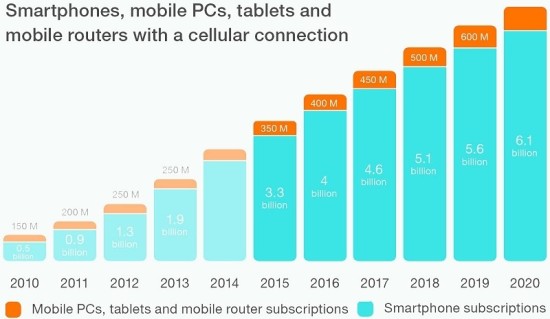 Figures are also showing a predicted hike in the purchases of 3G tablets, mobile PC’s and mobile routers – any and all devices that access the internet connecting directly to 3G or 4G. These more complicated multimedia devices also are predicted to go up from 250 million sold in 2013 to 600 million possibly being sold in 2020.

It’s a no-brainer that technology is going to become one of the biggest parts of our economy, and indeed the world’s economy – let’s just hope the people in charge spend enough time caring about what matters the most instead of staying glued to their screens.