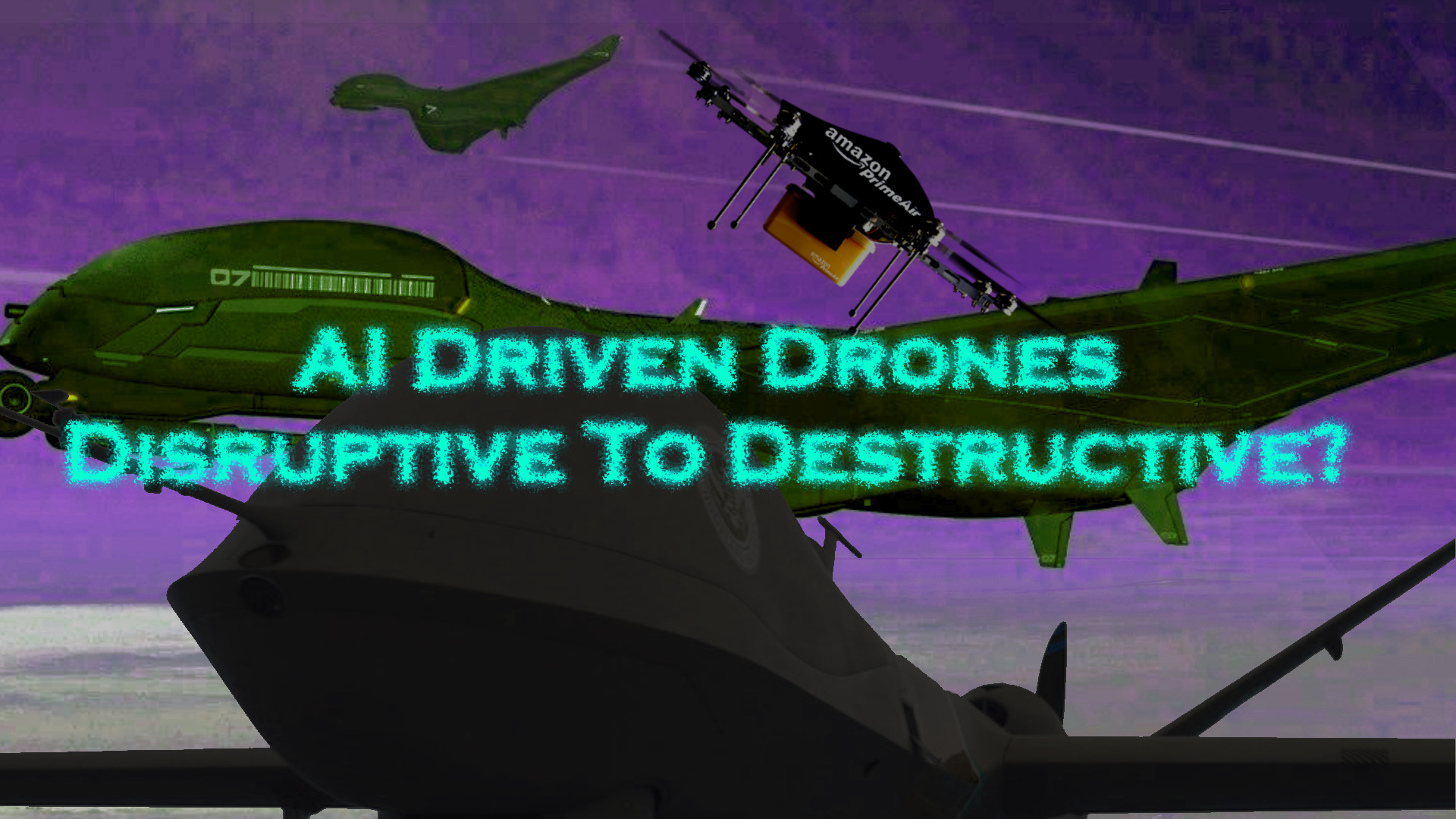 AI driven drones – definitely not breaking news, they have been around for a while now. Developments continue, they keep continuing, while time ticks on. How smart are they though?

AI can tell you what the words are in an image. AI can make you a coffee based on your previous preference without fault.  Want a weather report for next week? AI has your back there too. Artificial Intelligence is, pretty much here to stay.
The tech is rooting itself everywhere, like fungus, with good reason too!

Some mushrooms are, after all, edible and beneficial. But how much AI control can we all stomach?
We had a look at the state of things; when AI’s in the driving seat of automated technology.

With consumer delivery this seems like the perfect solution. It could well be just that.

Amazon, known worldwide for their delivery of almost lightning speed goods and services.
Okay, that’s an exaggeration, definitely known worldwide for sure, also, heavily into the development of drones. They also vie for many military and state contracts.

For example, if the drone’s flight environment changes while it’s in transit or it comes into contact with a moving object while approaching the delivery destination, it will either make an appropriate evasive move, delay delivery, or abort delivery altogether. For most drones, this kind of “sense and avoid” behavior is performed by a remote pilot. In Amazon’s case, the drone employs proprietary computer vision and machine learning algorithms that can detect people, animals, and even wires and know what to do about them as they descend into, and ascend out of, a customer’s yard.

So, they will be driver-less. They will also be able to tell what is around them using their individual sensor nets. This will disrupt nearly every postal system without the shadow of a doubt. It is a lot cheaper to run and will not fill the streets with pollution and vehicles.

Drones of today need power, they need recharging too. At some point in the future they will be self sustaining. Probably via some form of new power or improved solar cell tech.

At that point therefore, we need to trust and hope the algorithms floating around inside have a good moral compass. We do not need rogue AI’s deciding to take out targets for the good of everyone else because they decided. There must be chain of command. This allows decisions to be made without knee jerk and recklessness.

Drones, sorry UAV’s (Unpiloted Aerial Vehicles), have been used in many military manoeuvers for a good percentage of the last fifteen years. Some are, quite rightly, worried about how fast things are developing. If you would like to check them out they can be found here.

For more drone and AI gadgetry, check out Gadgethelpline.