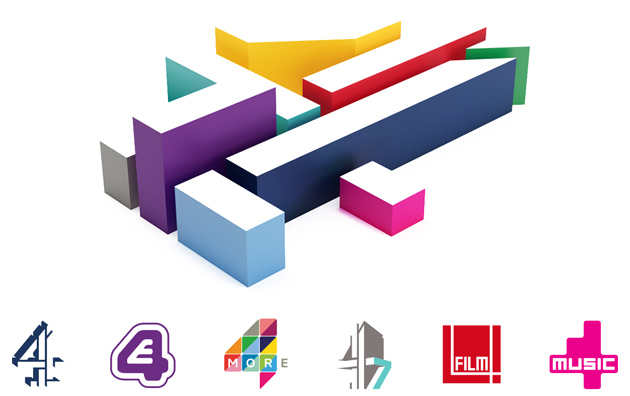 Channel 4’s 4oD service was one of the first channel on demand services to rebroadcast programming online via streaming. Today, the service is still going strong, with plans to continue to extend its influence to games consoles, set top boxes, smart TV’s and other connected devices. 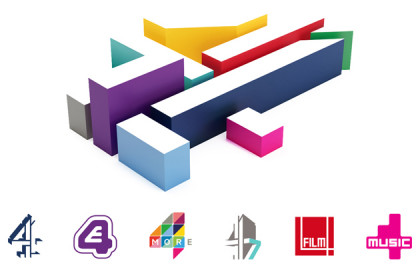 All 4 will bring together all things Channel 4 with a fresh new look.

However, the winds of change are constantly blowing for Channel 4, with a new version of the service in the pipeline, after a teaser from Channel 4 CEO David Abraham promised “a significant upgrade” back in May.

The rebranded, revamped 4oD is to be called All 4, ditching the ‘on demand’ part of the service’s name for something a bit less dated. A new interface UI, a new logo and increased functionality will be brought to All 4, as well as all the content and streaming services you can already find on 4oD.

Content will be optimised for tablets and portable devices, with a more simplistic approach to the user interface than ever before. All 4 will come to PC and iOS devices first, such as iPad, iPhone and iPod Touch. The new interface will include three main tabs for easy access; ‘On Demand’, ‘Now’ and ‘On Soon’ will break up content into the three categories of access. 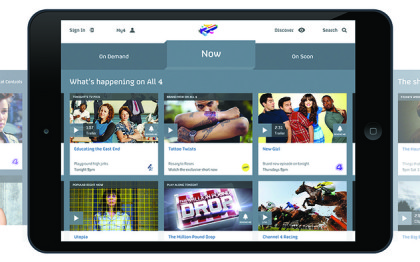 A preview of All 4’s new interface.

On Demand will function as the traditional 4oD services do now, as a standard catch up and reviewing service, with interviews and behind the scenes features also included. Now will feature live channel streams alongside interactive content such as short news bite videos and social media activities. On Soon will get you acquainted with upcoming shows by setting reminders, with previews and ‘exclusive episode premieres’ arriving prior to TV showing.

All 4 will also be able to extrapolate the viewing habits of users via each user’s account and create a service targeted at the user. This means more content you like, up front, where you can see it. Currently 4oD doesn’t require registration, but All 4’s features may require a login to work properly. We’ll have to see when it comes out at the end of the first quarter of 2015.