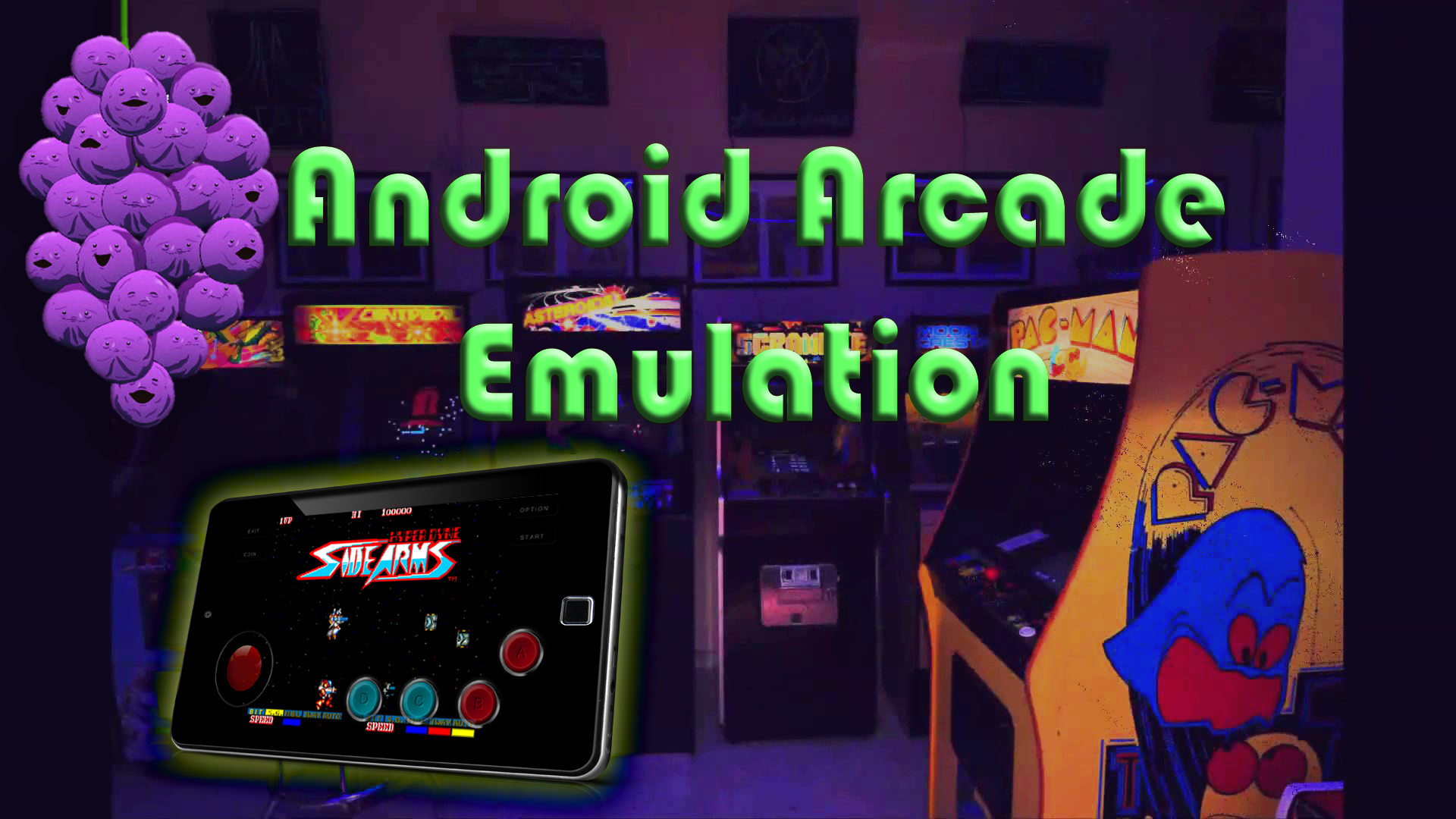 When Nostalgia slash boredom strikes, maybe its time for some Android arcade emulation!

Back when E.T. was a popular family pet and the internet was unheard of, kids, and adults, used to enjoy spending time in the local video game arcade. I too was a fan of the dark dingy smoke filled backroom in my local cafe. Many Saturday mornings were spent with friends trying to beat the local high score. One game in particular had us staring at the screen for at least two hours, that game was Hyper Dyne Side Arms by Capcom.

The idea behind the game is relatively simple; Sci-fi platform game for two players. You both play two humanoids in robot armor flying along with guns attached to your armor. All kinds of strange creatures and machines will attack you as you move along but there are constant powerups along the way to help you. One in particular would bequeath special powers upon the player who managed to get to it first. This rare pickup would instantly transform you both to jets and link up as one unit. The unlucky one who did not pick it up still gets to hit fire, that’s about it though.

Obviously this built up a level of trust in each other as you play it. This is often lacking in some multi player games today. Back then, the only toxicity was the smokey air you had to play in.

There are ways to play these old favorites though. You can get emulators for your devices that can run old games quite easily. We gave it a go at gadgethelpline and managed to get Side Arms running and fully playable as a test.

Step 1. You need an emulator. There are many kinds out there, we gave MAME4ANDROID a go.

Step 2. Once installed we recommend installing a file extractor as most ROM’s will need to be extracted in order to work.

Step 3. Time to get hunting. There are many sites out there that offer ROM’s for download. We looked for ours on www.coolrom.com

Step 4. When you have the file downloaded it will need to be extracted using RAR. Extract it to the location that Mame4android tells you on install.

Step 5. Load your game and enjoy!