Autonomous Flight in the Next Ten Years? 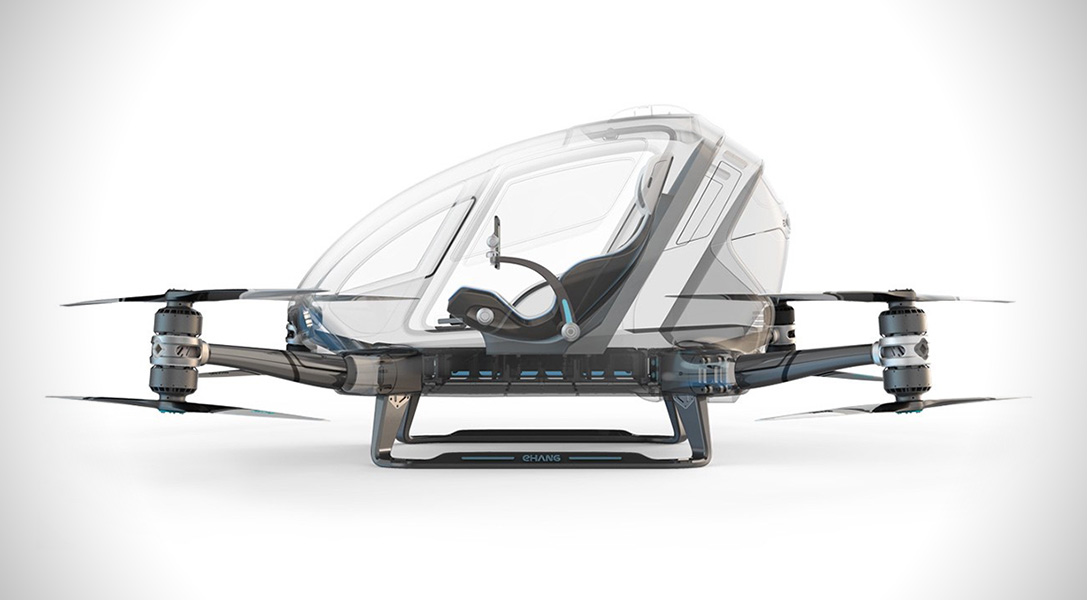 We live in a world where the future is looking increasingly like autonomous vehicles. It’s a future where driving your own car is more of a leisure pursuit than a necessity. We’ve already seen the leaps and bounds by a plethora of companies to bring self-driving vehicles to our roads.

The adoption of autonomous vehicles in other arenas is becoming common place, unmanned aerial vehicles have been around for a while now, and autonomous shipping is just beginning to enter into its own.

With the desire to have autonomous vehicles on the road in the next decade and with predictions already for haulage to become an autonomous pursuit it should come as no surprise that some companies see this as a new leisure activity. To that end Ehang are bringing forth the passenger drone.

Unveiled at CES this year the Ehang 184 is likely to be the first autonomous vehicle in the sky, and whilst that statement sounds very vague, testing has already begun. The company have clearance to begin testing in Nevada, United States later this year. The idea being to prove to the Federal Aviation Administration (FAA) that the drone is safe for manned flight.

While this could take years before receiving all the necessary passes for civilian use, it’s an exciting step forward for the future of computer controlled transport.

The drone itself has some frankly pretty good specifications for what is essentially an up-scaled remote controlled drone. The device will be able to take a single passenger up to 11,500 feet for 23 minutes and reach a top speed of 63mph.

The 184 as showcased at CES

It seems unlikely it’ll replace the car on the commute to work, despite taking up approximately 12 feet in length. The major issue is it takes a similar amount in width (to take into account the rotors) thus meaning should you end up using it as a home to work and back again vehicle, you’ll need to use two parking spaces.

That is only the rotors out dimensions, because of course the rotors fold up and out of the way for easy storage. To top off the already surprisingly impressive specifications being hurled around about Ehang’s 184, it takes only two hours to fully charge the battery, or four in trickle mode.

At this point the 184 is ready for prime time. We have all the required information to start planning our future air-hops. From its total load capacity (100KG) to the fact that you can fit a single carry on in the luggage space at the rear. All the 184 needs at this point, is the go ahead from the FAA and other civilian aviation boards in their home countries.

Then Autonomous flight is here. Find out more at the Ehang website.