The Rock Becomes the PokeRock in Pokemon Go Spoof! 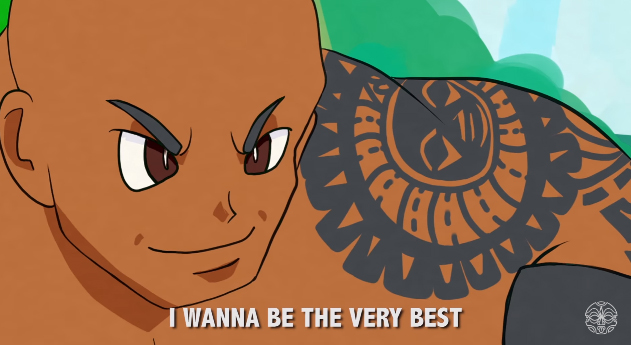 Dwayne ‘The Rock’ Johnson has once again proven why he’s the most electrifying man in social media by producing his own parody of the Pokémon Go craze and dubbing himself as the rarest and most uncatchable of all – the POKEROCK!

Through his recently launched channel on YouTube and with a little help from internet personality and gamer MatPat, the grappling WWE champ turned Hollywood’s highest paid actor lends his likeness to a new and powerful never-before-seen pocket monster that just refuses to be caught.

Instead of going into a pokéball the Pokérock blasts his would be captor with his trademark smack-talk which helped make him a wrestling sensation!

As well as featuring in a mock of the popular app, the Pokérock also appears in his own anime style theme song and music video. And thanks to The Rock’s connections in the entertainment biz he was actually able to get the original singer of the cartoon theme song (US version) to rerecord a new version of the catchy tune especially for his video and it’s really quite amusing.

“Have fun out there everyone and good luck catchin’ them ALL! Except Pokerock of course because he will f*ck your day up and call you an a**hole! #PokeRock‪ #‎SevenBucksDigitalStudios.”

Check out The Rock on YouTube for the Pokémon Go parody and more from his production company, Seven Bucks Digital Studios.

In other recent Pokémon Go news, Nintendo had to confess that it doesn’t actually develop the app, but in fact it’s Niantec. This subsequently cost the Japanese gaming company a few investments after value in its shares had only just skyrocketed thanks to the app’s global popularity. For more on this story check out our previous article.

Also for Pokémon Go players who want a helping hand on their hunt for pocket monsters, take a look at our Tips and Tricks feature!