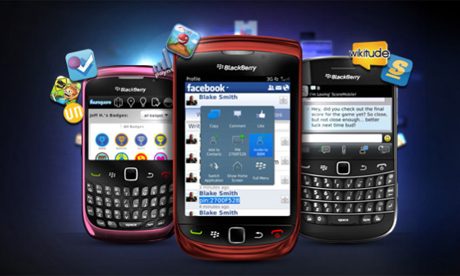 BBM, or BlackBerry Messenger for anyone who’s been living under a rock for the past few years, has been so successful for RIM as a smartphone feature that it often ranks as the number one reason as to why people buy BlackBerry’s in the first place, and it’s now been copied by Apple for the iOS 5’s iMessage. It’s now just been bumped up to BBM version 6, bringing with it some new functionality.

BBM 6’s biggest talking point is that it allows support for conversations to take place even while users are in other apps, such as games. The idea being that you’d be able to answer a message from a friend without having to switch out of the game or utility you’re currently using.

Alistair Mitchell, VP of BBM at RIM (aren’t acronyms fun?), says of the update: “BBM 6 marks the beginning of an even greater social experience for BlackBerry smartphone users. It also represents an incredible opportunity for developers to leverage the viral nature of the BBM service and we have already begun working with various developer partners who will be bringing their BBM connected apps to BlackBerry App World this week, offering users highly engaging app experiences.”

Is this update going to change the way you use your BlackBerry? Let us know on the Gadget Helpline Twitter feed.