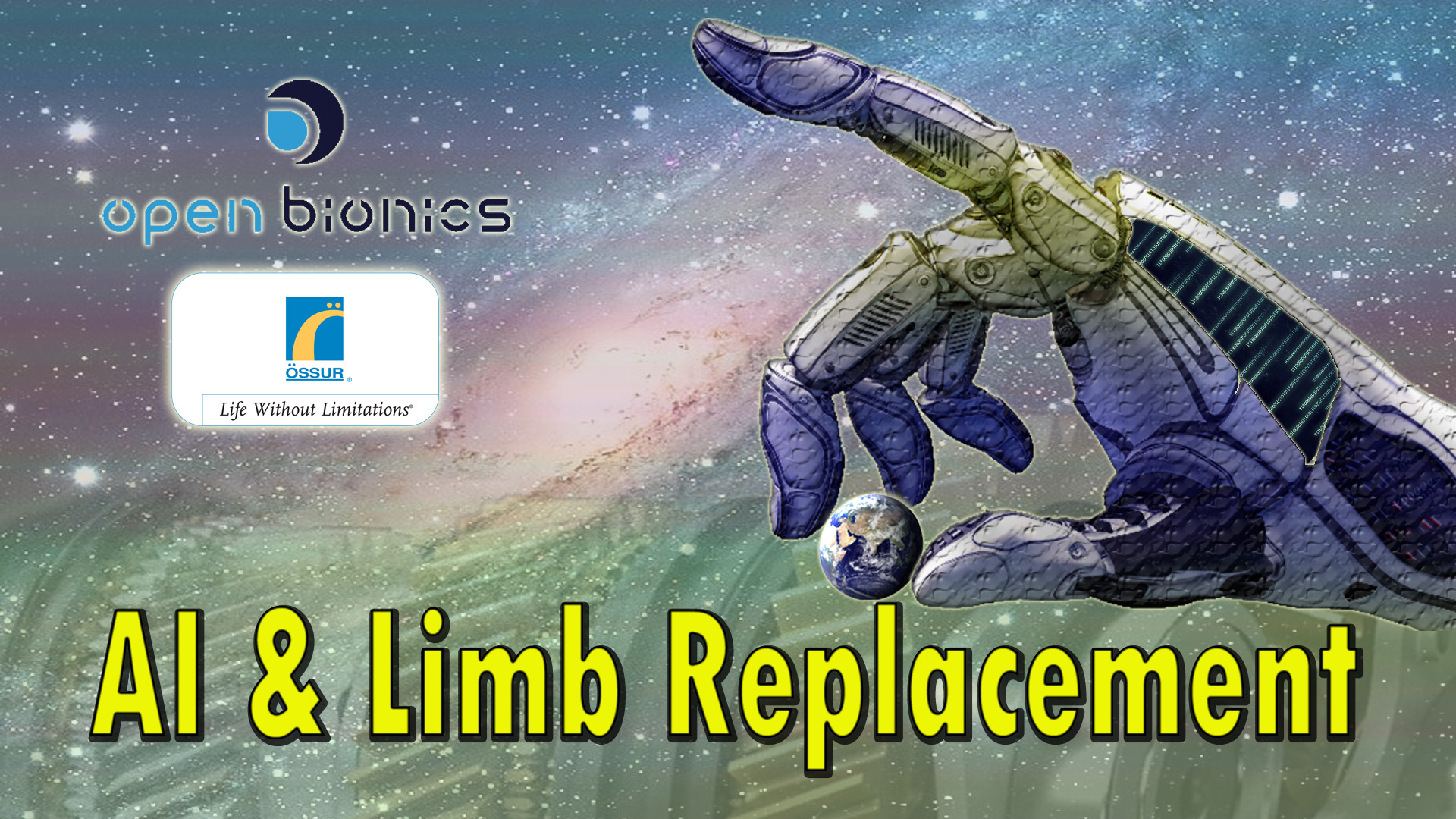 Limb replacements, definitely not the first thing coming to mind in terms of technology and gadgets. Custom limbs can now be 3D printed for each patient. Not only that but some of them have AI inside…

Artificial intelligence, currently number-crunching its way into the medical field at a steady pace.

Why AI though? AI will not get tired of working out what the user wishes to do. It tirelessly corrects each setting depending on the users needs. Also, It never stops attempting to give a better experience to the user.

How it works, a rough guide:

Replacements that move are usually myoelectric-controlled. ‘Myoelectric’ meaning the replacements controlled by electrical impulse signals generated by the users muscles.

Inside the socket of the limb, there are one or more sensors.

Replacements lacking in AI still function well, but, there is no pattern recognition involved. Pattern recognition gives the device the ability to regularly update itself depending on how the user controls it.
For example, with leg replacements, the users gait will be monitored. The device monitors the stresses to certain adjustable components and modifies when necessary.

Some Companies involved with Limb Replacement

A number of companies are researching better ways for people to live with limb differences. It’s good to know that there are still some out there who want the best for others. Therefore we have listed a few below for your perusal:

Based in Iceland Ossur have been around quite a while:

Mind control however, is the arena Neurogress are working in:

Close to home,  a UK based company with big plans; Open Bionics are based in Bristol and doing great things with limb difference issues.

We’re proud to be working with NHS England, the Bristol Centre for Enablement, Bath University, and Gyrobot on a world-first clinical trial to make affordable bionic arms available for children in the UK. Following a successful first stage of the trial in June 2017 with 7 Bristol-based children, we’re planning a second stage of the trial with multiple NHS clinics around the UK.

Ottobock have been around for 100 years; due to this they could be considered the leaders in their field. A business that lasts that long working on ways to make life better for others deserves a mention here.

For tech related tips and news check out Gadgethelpline.