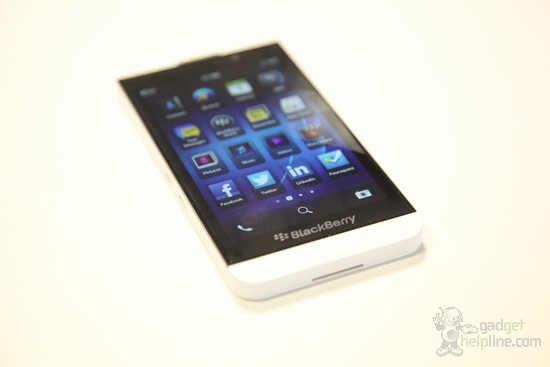 BlackBerry 10 seems to have gotten off to a solid start, although as with every new operating system, users will find issues or want features that are missing. Thankfully a big update is planned, with the BlackBerry 10.1 update currently being tested by developers.

BlackBerry 10.1 looks set to bring a raft of new features to the Z10 and the soon to be released Q10, with many of the features found within being proudly shown off lately by the developer community. One of the biggest additions is a HDR mode for the camera. We found with the Z10 that it didn’t do so well in low light, but with HDR mode that should all change as it brings in dynamic lighting.

Messaging will get a boost too, with a new addition to the BlackBerry Hub being PIN messaging. Similar to the way in which BBM functions, PIN messaging allows you to send a free message to another BlackBerry user simply by entering their BB PIN rather than a mobile number or email address. This option is found in the bar that slides out from the left in Hub.

BlackBerry World will also be refreshed in 10.1, with options to update all your installed apps now much easier to find. BlackBerry is also introducing the option to redeem coupons when buying content in BlackBerry World – perhaps App Store and Play Store-style gift cards will be coming in the future to compliment that.

Other minor updates discovered so far include;

There’s currently no word on when BlackBerry 10.1 will drop, but we suspect there will still be a few months to wait. What features would you like to see added to your BlackBerry 10 device?