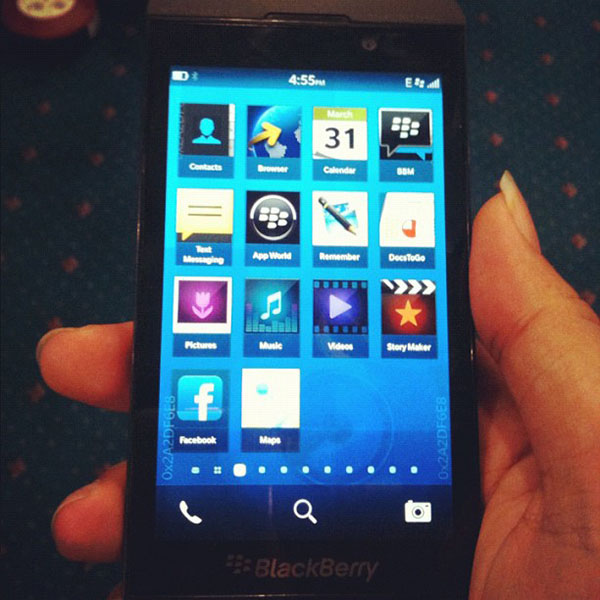 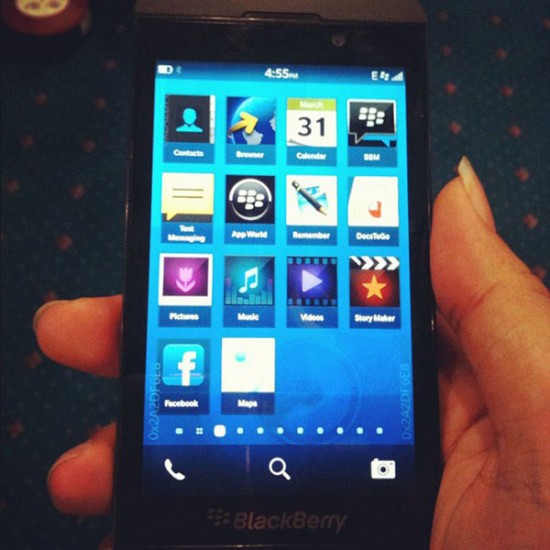 Initially a photo of the new phone appeared on the Crackberry Forums, and since it has also appeared on Instagram, along with a few other images of the same phone. The image is unfortunately not the greatest quality, and doesn’t tell us a great deal more about the design of the phone itself, but it does give us a good glimpse at the user interface and the way apps will be laid out in the new BlackBerry 10 software.

The apps tray will arrange apps as fairly large, rectangular icons, with the name of the app at the bottom. It looks as though users will always be presented with shortcuts to the dialler, search and camera functions at the bottom of every page. These are located on the screen due to the L Series phones not having any physical or touch buttons on the front face, similar to the Samsung Galaxy Nexus.

We can also see that users will be able to customise a pretty large number of homescreens or app tray pages – 11 are shown in the aforementioned picture – with a 4 x 4 grid on each giving room for 16 icons. We’ve seen BlackBerry 10 running in early versions on the Alpha Developer phone before, but this new picture shows plenty of apps loaded up, including BBM and something called Story Maker, which looks to be a video editing app.

BlackBerry 10 is looking good despite being pushed back until next year, putting it a way behind its rivals; iOS 6 and Windows Phone 8 will be out by the end of this month, and Jelly Bean is out now for Android fans. Will it be enough to keep RIM in the game? Let us know what you think.