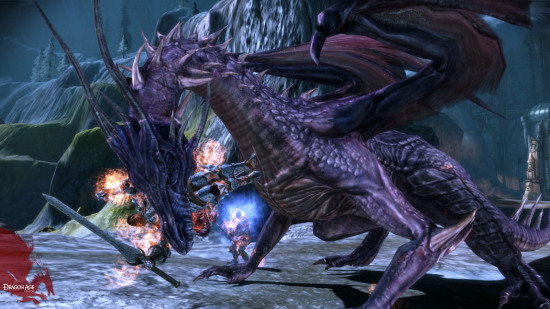 The folks at EA aren’t known for their charity, with Origin, EA’s game distribution service on PC, never quite being up to scratch with regards to deals as direct competitor service Steam. However, a recent initiative known as ‘on The House’ hopes to change that opinion.

On The House has recently provided a free games free of charge for a limited period, previously Battlefield 3 was up for grabs as well as the Sims 2 (although the game wasn’t part of On The House deal, but was nonetheless free on origin) as well as puzzler Bejeweled 3.

The next big title On The House is Dragon Age – Origins, a hack and slash, swords and sorcery number from big brand Bioware. You may remember the as the guys behind Mass Effect, a dialogue and storytelling heavy sci-fi shooter trilogy.

Indeed, Dragon Age – Origins is heavy on the storytelling and the decision based storytelling – what you decide ingame greatly affects the plot. However, Origins doesn;t trade in anything for such great storytelling, the game is filled to the brim with spells, swords, giant monsters and of course, Dragons.

One of 2009’s top rated titles, Dragon Age Origins is free for the next 5 days!

Although no DLC is included with the game – meaning the basic version is all that’s up for grabs – the game is free from On The House all the way until the 14th of this month. As of now you have 5 days to grab it. You can also get Bejeweled 3 for free too. Fantastic.

You don’t even need to have bought anything from Origin before, as we’ve found out today. All that’s required is to register for a free Origin account, download the game, and play.

EA possibly hopes to up the registration numbers for Origin with this deal, as well as drive up sales of Dragon Age 2 and increase the hype for the upcoming Dragon Age: Inquisition. The trilogy as a whole has been very well praised by games for its graphics and intense storytelling.

Head over to Origin and register an account. You should be able to grab the game at the source link below, just make sure you have around 16GB of free space and ample time for it to download. It’s a big one. Anyway, have fun and enjoy your free game!

Source (get it here): Dragon Age Origins on EA Origin