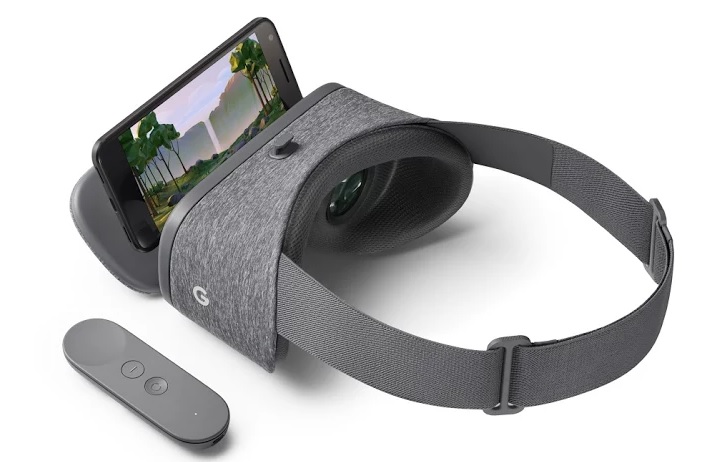 Daydream, is it Googles virtual answer to the internets prayers? Or is it quite the opposite? Well, nobody is entirely sure yet, apart from the lucky few who are developing it as you read this.

Daydream is Googles platform for high-quality mobile VR. Google aim for it to simplify the complexity of VR; they believe it should be light, accessable and mobile so everyone from all walks of life can enjoy it. Have to say, we agree with them here.

Yesterday Google shared their updates across all three elements of Daydream; smartphones, headsets and VR experiences.

So, onwards to the first element, Daydream View.

The Daydream View is the accompanying headset for Daydream devices, Google claim it is comfortable and the design is inspired by the clothing we wear. Constructed from soft, breathable fabric, they claim it is 30% lighter than “similar” devices and will fit over glasses. By similar we guess they mean the HTC Vive, Oculus etc.

Apparently, using it is easy. All you need do is pop in your Daydream-ready phone and its good to go! Both phone and headset have auto-alignment systems so no need to worry about cables or connectors. Coupled with this, the View comes with a special controller. Small and powerful, this controller will let you interact with the VR around you; it will point where you point and is jam-packed with sensors that understand your movements and gestures. They claim that it is so precise you could draw with it. As well as this, the controller slides snugly into the headset when not in use so it is not banging around in your bag and getting lost.
The headset will come in three different colours: Slate, Snow and Crimson, as shown below. 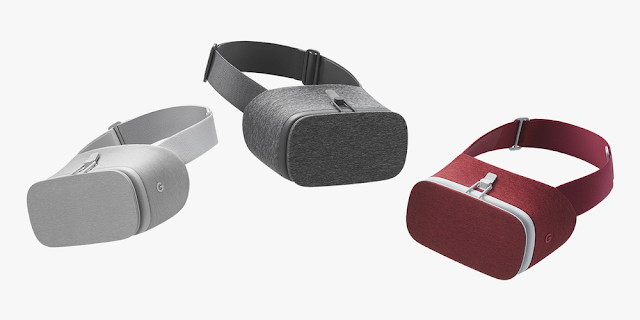 Google have bought some of the most popular apps to VR. From Youtube to Google Street View, Google Play Movies and Google Photos in a virtual 360 environment to name but a few. Immersive stories from some of Googles partners including The New York Times, Wall Street Journal and J.K.Rowlings Wizarding World of “Fantastic Beasts and Where to Find Them”.

Experience sports and live events with MLB and NBA plus movies, shows etc from Hulu, HBO and Netflix.

The Daydream View will be arriving this November at the Google Store and their retail partners across five countries:

More apps to be launched later in the year to go along with Daydream.

For your VR/gadget related interests or if you are looking for a quick fix for your device visit the GadgetHelpline.