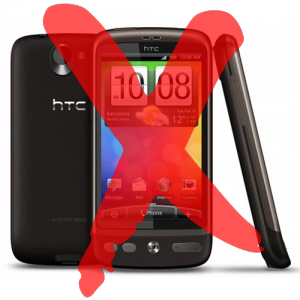 HTC has once again gone back on its announcement of an upgrade to the HTC Desire HD handset to the latest 4.0 version of the Android Operating System otherwise known as Ice Cream Sandwich.

HTC has now officially confirmed that the HTC Desire HD WILL NOT be getting the aforementioned Android update, only a few days after confirming that it will be updating on the official HTC Facebook page.

HTC has even gone as far as putting a line through the HTC Desire HD on its ICS update list; just to be sure people are aware.

“After extensive testing, we’ve determined that the current version of HTC Sense with Android provides customers with the best experience on the HTC Desire HD,” it says in the latest statement.

“When we consider new versions of software, we weigh a number of factors, but ultimately the customer experience on the product is the deciding factor. We apologise for any confusion this change may have caused our customers.”

So that’s it Desire HD fans… but for your enjoyment: 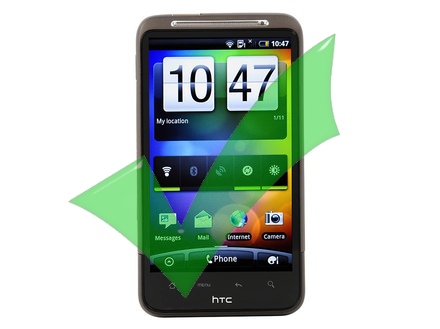 HTC seem to be playing a bit of Android hokey cokey with its HTC Desire HD handset and the current Android Ice Cream Sandwich update, where one minute they are in and the next they are out!

A few days ago it was reported that HTC’s Desire HD handset would not be getting the current version of the Android operating system 4.0, or otherwise known as Ice Cream Sandwich, which was reported by Canadian phone network Telus.

Well now the official word has come down from HTC themselves, where the Taiwanese developers have announced that the HTC Desire HD will in fact be getting the Android ICS update.

HTC has confirmed in an official statement that the HTC Desire HD and Desire S will in fact get the ICS update by saying:

“We remain committed to providing customers with the latest software updates when possible. As such, we are pleased to confirm we are still on schedule to deliver an Ice Cream Sandwich upgrade for both the HTC Desire HD and Desire S.”

This was confirmed on the official HTC UK Facebook Page when a plucky customer asked HTC what is going on with the update to the devices, and HTC duly replied.

This is great news for the HTC Desire HD and S users who felt a bit amiss when they heard that the phone may not get the latest Android update, when the Desire S and HD were both more than capable of supporting the update with their specifications.

With much of the Android gaze now turning toward the newer Jelly Bean 4.1 version of the OS it’s still hard to think that very few users are actually using the previous iteration of the software.

Two weeks ago we reported that Android ICS is only on 10% of devices with Gingerbread still on top!

Still there is no official release date for the OS update and many manufacturers are still struggling to get the problematic ICS update onto their handsets with their existing UIs, so by the time it is on the Desire HD it may not even be worth it.