Internet Explorers: Join the Suicide Squad and Squad Yourself! 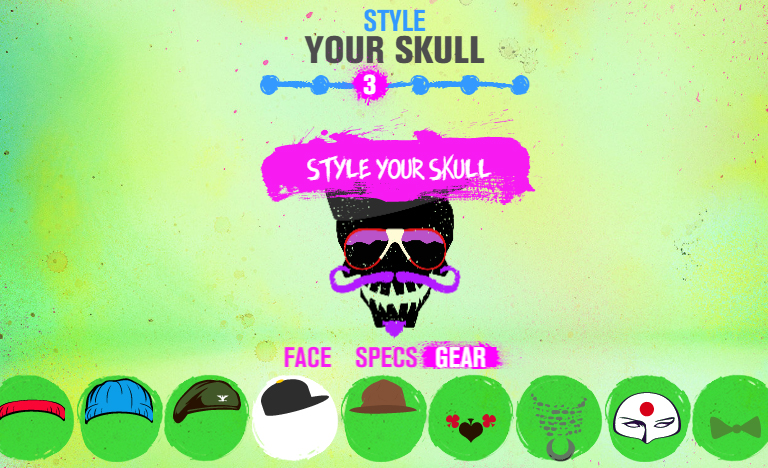 Each week we’ll be indulging our natural talent for browsing the internet to bring you this new regular feature which is here to help you get over that weekly hump and introduce you to some of the wacky and wonderful sites of the World Wide Web!

Without a doubt 2016 has gone comic book movie crazy! And to promote the arrival of the Suicide Squad on August 5th, Warner Bros. Pictures has launched a fun way to show your allegiance to the rogue’s gallery of misfits and maniacs by making your very own icon!

Following the same sort of format as similar character generators you may recall based on the Powerpuff Girls and Funko Pops, Squad Yourself allows fans to customise a skull in their own likeness – or just go all out wacky – with a selection of different shaped skulls to choose from, as well as eye holes, noses, hairstyles, facial hair and accessories to make your icon ultra-unique and expressionate.

It’s really easy to put together a really cool design and you can even throw in some of the Suicide Squad’s own signature features including the Joker’s gold grill, Deadshot’s eye piece and Katana’s mask. And once you’ve given your Squad icon a name you can slap it in a frame and share it across your social networking accounts or download a copy to keep.

We’re hyped to meet the Suicide Squad and the movie has been a long time coming. And with over a month left to go Squad Yourself offers a little something to distract us from going mad before August 5th!