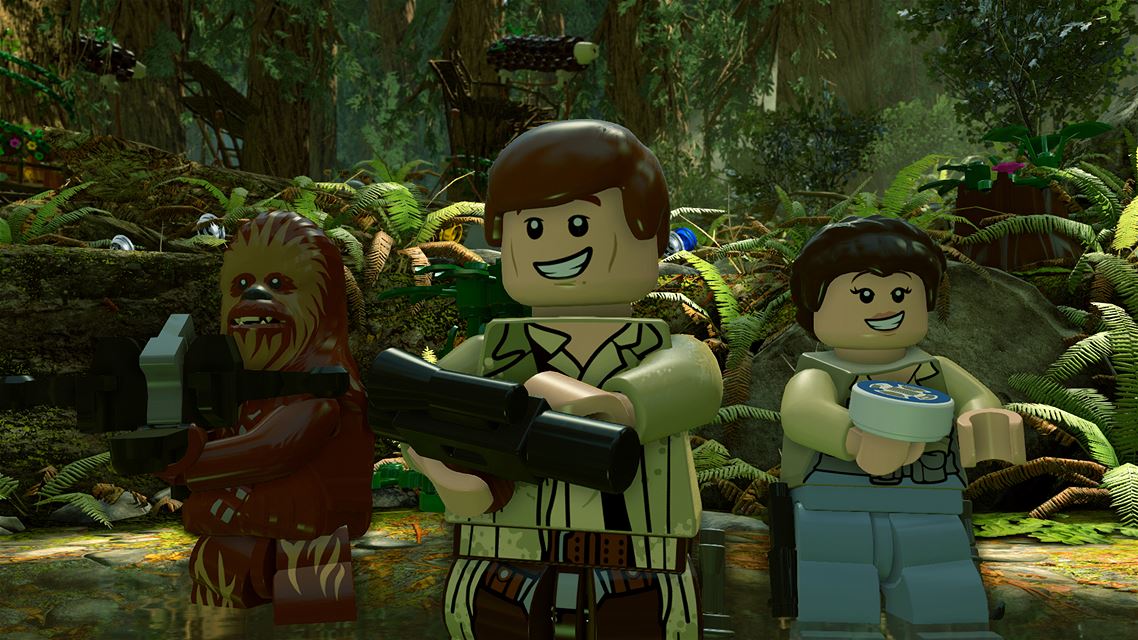 Surprise news of the day! Lego Star Wars: The Force Awakens will blast off on June the 28th! 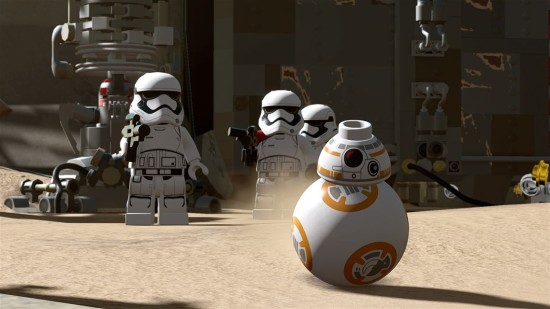 This covert message was intercepted through unofficial channels.. Well, it was leaked through Xbox, who shot first and leaked Lego Star Wars: The Force Awakens prematurely before the publisher Warner Bros. Interactive could even get a chance to officially announce the game.

We presumed the game would be made at some point as the Lego Star Wars saga is an incredibly popular and lucrative franchise with all six previous episodes having already been remade in bricks and enjoyed by players on most gaming platforms. However, what we did not expect is that the Lego version of Episode 7 will feature “exclusive playable content that bridges the story gap between Star Wars Episode 6: Return of the Jedi and Star Wars: The Force Awakens.”

Among the leaked screenshots of memorable TFA moments that now appear on the Xbox Store, there is another.. This one featuring Chewie, Han and Leia, standing together in a scene which we don’t remember seeing in the latest movie. 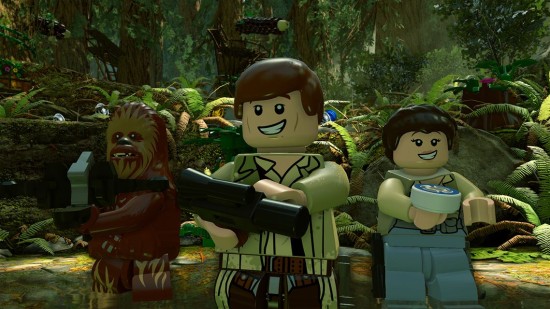 Also Han’s hair in this pic is brown, not grey – suggesting there will be additional content set  after ROTJ but some years before TFA that no one has seen on the big screen! Now we don’t expect this exclusive playable content to rock the Star Wars canon but it’ll be fun to enjoy brand new bits created specifically for the game.

Also featuring new characters such as Kylo Ren, Finn, Rey and the charming BB-8, Lego Star Wars: The Force Awakens arrives on June 28 – at the very least, we know this is when it launches on Xbox.