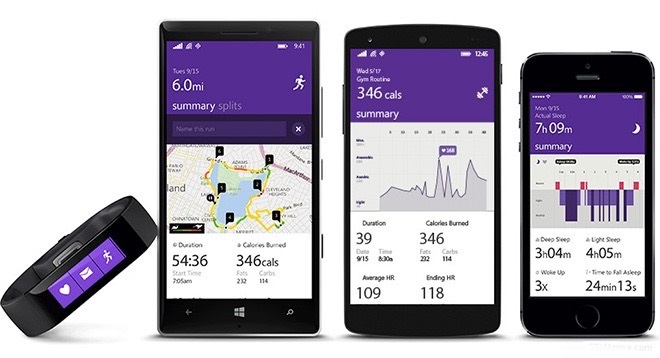 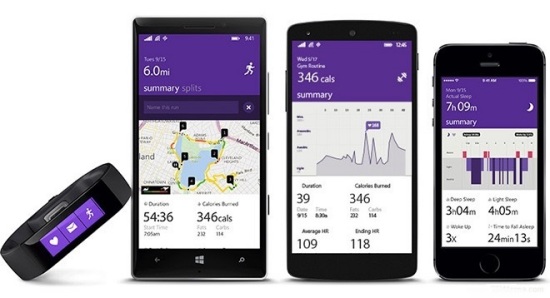 With wearable technology gaining pace rapidly and the fact that Apple have joined the party with the iWatch, we knew it would only be a matter of time before Microsoft unveiled their own device to compete with likes of Samsung, Sony, LG and the rest.

You may have already heard a few rumours regarding the possibility of Microsoft releasing a fitness wearable in the not too distant future, in-fact, a lot of sources suggested that Microsoft could actually be releasing a device within the next few weeks in the run up to Christmas. Well, that info turned out to be true as Microsoft has officially taken the lid of their new fitness device named simply “Band”.

Users of iOS, Android and obviously Windows Phone will be able to use the device along with its companion app to monitor and record workouts and fitness achievements. The Band is equipped with 10 sensors that allow it to measure heart rate, stress levels and also extra data such a UV levels when out running.

While the Band can be used with the companion app, it’s not essential as the device allows runners to view up to the second information on the device with its 1.4” TFT touchscreen. It also has built in GPS allowing runners to log and keep track of the routes they run.

The battery performance is quite impressive on the Band, with Microsoft saying that the device can last up to 48 hours between charges, which is certainly good for a wearable device at the moment. The Band connects to your smartphone via Bluetooth 4.0 LE and is also dust and splash resistant.

As mentioned, the Band can be used alongside a new companion app called Microsoft Health. This is Microsoft’s new cloud based service which will allow users to store their fitness data and at the same time the service will also offer users actionable advice via and intelligence engine to refine your fitness regime.

Microsoft have also said that their new Health app platform can be used on other fitness bands and as it stands UP by Jawbone, RunKeeper, MapMyFitness, and MyFitnessPal have already signed up for it. The company said their intention is to sign up more partners and hopefully make Microsoft Health a major platform in the health tracking field.

The Microsoft Band is available now in the US priced at $199, unfortunately there is no news regarding an international release as yet.