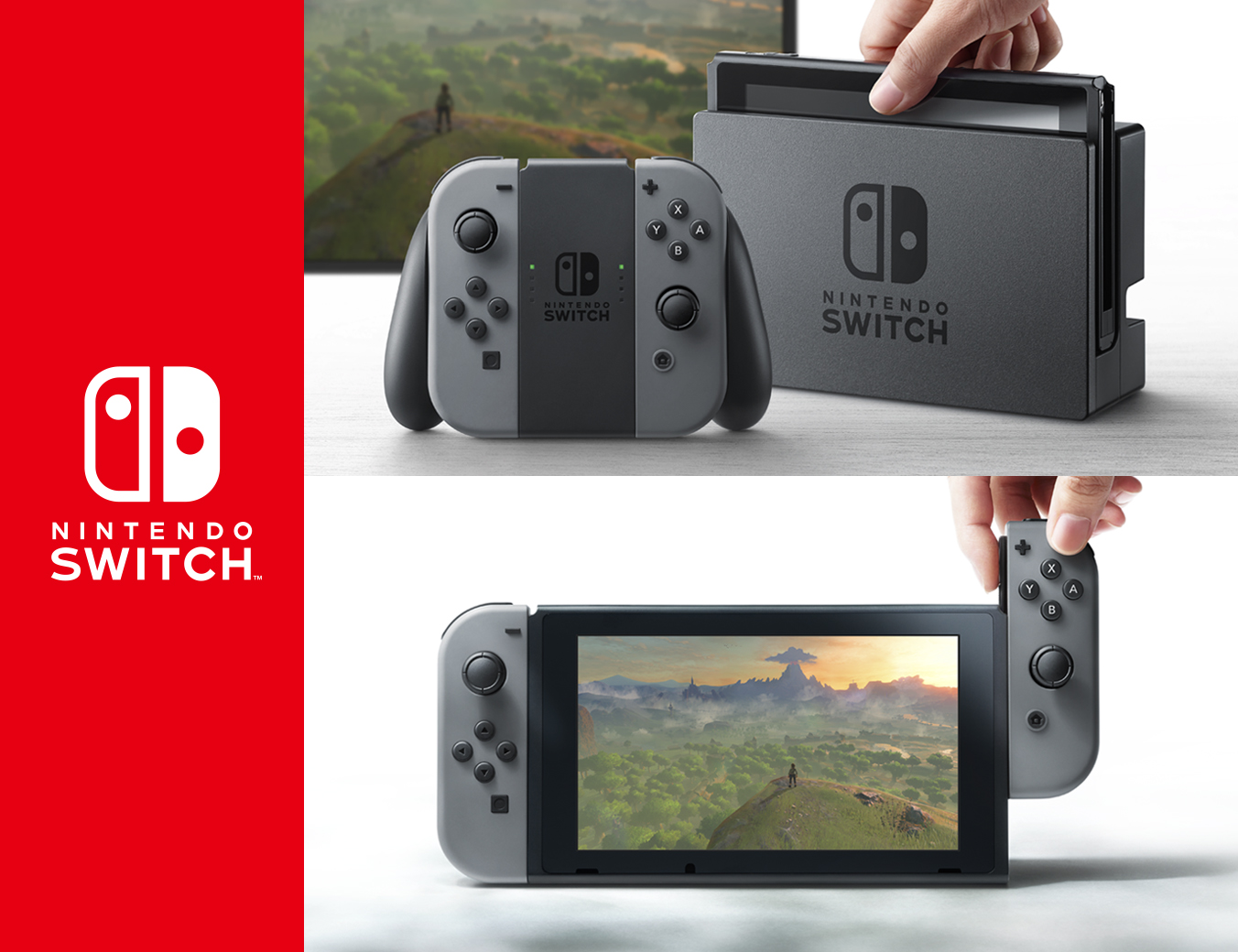 We live in a world where there is a very fine line between gimmick and game changer and the Nintendo Switch could end up being either.

Here’s what we know so far;

The Switch is a portable console, amalgamating the best of portable games consoles and the traditional home entertainment system. You can play using a controller that pays homage to the Xbox controller or you can remove a screen from within the console itself, which connects to the left and right hand sides of the controller. Check out the video below to get a better idea of how the console/handheld hybrid works in the real world.

Powered by a custom made Nvidia Tegra processor, similar to those used to power the Geforce graphics card, this chip will come with custom software, advanced game tools, new gaming APIs and a new physics engine which should give this console a pretty good performance level.

The Nintendo Switch is slated to hit the market in March 2017 with the exact date to be confirmed and is likely to launch with Zelda: Breath of the Wild, a new Mario title and a new Pokemon game which is under production with Game Freak. There are sure to be a whole host of decent titles on offer with Switch partners including;

and so many more…

We’ll try and keep you updated as more news emerges but we expect the Switch to make a big splash in the gaming world, but it remains to be seen if this will be for the right reasons or not. We hope that it hits the spot!