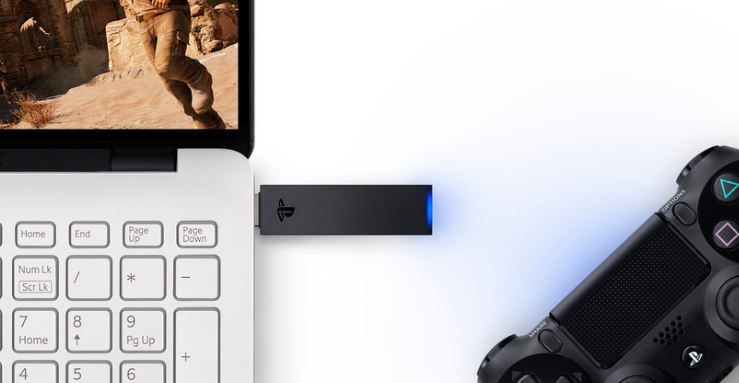 Sony’s streaming gaming platform PlayStation Now is finally coming to Windows PC and with it the DualShock 4 controller comes into play for desktop and laptop computers.

Initially launching in select parts of Europe, before hitting the US and elsewhere in the world soon after, the PlayStation Now app on PC will allow the same access as PS4 owners have to a vast library of PS3 titles, such as Uncharted, The Last of Us and God of War and games from top publishers including Naughty Dog and WB Games, which can be played through an online subscription costing just £12.99 a month. Sony will also offer a one-month free trial to those looking to join in on the fun.

Of course, to get the best PlayStation gaming experience you’ll need to be using the trademark Sony DualShock controller and Sony has made it easy to use an existing or newly bought PS4 pad by releasing a wireless USB dongle which simply plugs into a port in the PC or laptop to enable the Bluetooth connectivity.

To be known officially as a DualShock 4USB Wireless Adapter the add-on will cost $24.99 (no more than £20 – controller not included) and is compatible with Windows 7, 8 and 10. Other system requirements include 3.5 GHz Intel Core i3 or 3.8 GHz AMD A10 or faster and 300 MB or more; 2 GB or more of RAM – and Sony advises a minimum 5Mbps broadband speed is needed to enjoy the streaming gaming from PlayStation Now.

An exact launch date for PlayStation Now on Window PC and a release date for the DualShock 4 USB Wireless Adapter are yet to be officially announced but as always we will attempt to keep our readers in the know!

The Gadget Helpline offers support on a wide range of consoles makes and models from PlayStation 4 to Xbox One and more, as well as any household tech and devices! Give us a call today, or check out our membership benefits and sign up for a 30-day trial!