Possible How To – Connecting Oneplus 3 To Windows 10 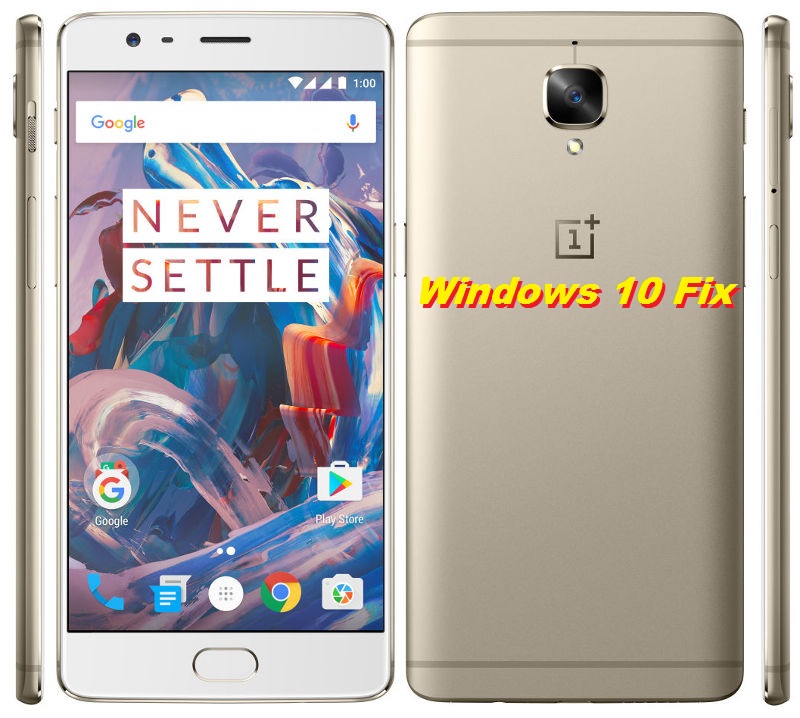 The love for oneplus 3 is strong in this office, and i can connect to the phone over USB all day long. We do not run Windows 10 though and the home PC has recently been upgraded from Windows 7 to Windows 10. Unaware of the issue we were.

Last night it was time to backup my photos etc onto the pc as i have done before on Windows 7. So, carefully, using the cable that came with the phone i connected it to the pc once more to find that Windows 10 refused to acknowledge Oneplus 3 existence. I attempted to fix this issue by using the USB debug option in the phone dev settings to no avail. Tried restarting both phone and PC but still had the same issue.

The phone connected fine to the home pc pre windows 10 so what was going on here? Trawling through the internet for any kind of fix was how i spent the rest of the evening. After a number of frustrating hours the following had been tried:

And none of them helped in any way.

A user going by the name Warblade92 on Reddit proposed the following fix that seems to have cleared up his own battle with the USB port.

If you want to know whats in this pack head here

I had installed a version of this already, attempted to anyway; Windows told me it does not need this. And that seemed to be the end of my chances to connect the phone to my pc. Until today that is.

After restarting the pc the following day the phone now connects to the pc without issue. Hopefully it was something to do with what i did. And, hopefully one of the above fix attempts helps with your Win10 issue.

For any other info on devices or assistance in use, look no further than the Gadgethelpline.