Star Wars Phone – Not In a Galaxy Far Far Away 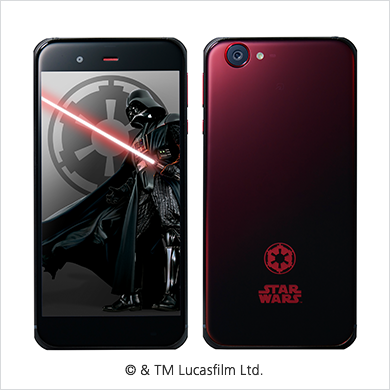 With Rogue One just around the corner, tech companies are jumping on the sci-fi cashcow, and in return Disney are closer to making the £2.5BN back.

A Japanese mobile carrier company has recently announced via their Twitter that they are marking the latest Star Wars release (Rogue One: A Star Wars Story) by launching two phones that are pretty much the same depending on how you feel the force.

The star wars phone is made by Sharp and will be available in both Dark and Light (side) colours:

Now for what makes this smartphone different from every other:

The wallpapers that are included are not your standard wallpaper either. Because they are live wallpapers they move with the view from the cockpit as you move the smartphone around.

The phones go on sale on December 2nd in Japan, and preorders start from today. Thing is though, as of today they are only available in Japan, so, if you want one, best be booking the flight!