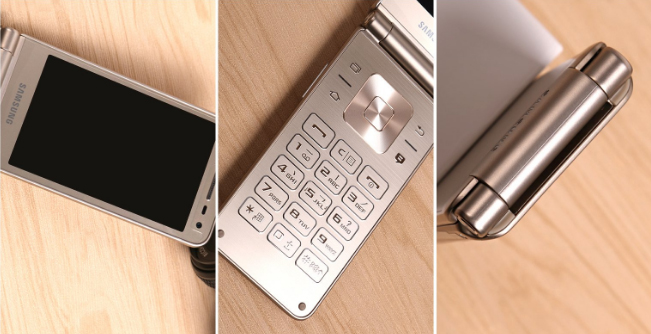 You may or may not be aware of Samsung’s strange side project, a gadget called the Galaxy Folder 2 – but this throwback to a bygone era of hinged or “clamshell” design mobiles is like technology’s very own Jurassic Park. Just to glance at it is to ask “what year is this?”

But despite its vintage appearance and questionable reasons for being brought into the modern age, and even existence itself, South Korean co. Samsung is pushing the Galaxy Folder 2 smartphone (which runs on Android) into the mobile market in both the east and the United States at a price of $285.

It’s expected to be a very basic phone, with entry level smartphone functions and features. For example, the Samsung Galaxy Folder 2 will include a 3.8-inch 480p display, Snapdragon 425 system on chip, 2GB of RAM and 16GB of internal storage – which is fairly generous, we think. An 8-megapixel main camera will appear at the rear and 5-megapixel up front offer standard photo shooting potential and the handset will have a 1,950mAh battery. And oh yes, it has a physical keyboard. A physical keyboard. In 2016.

Nothing’s official from Samsung yet, and the images you see here are courtesy of a Twitter leak – which we assure you were taken recently and not the mid-nineties on a Polaroid camera. An original Samsung Galaxy Folder was released in July 2015, only in Korea. It must have done well enough to justify a crack at a wider market.

We can only hope that Samsung sees fit to re-release the clamshell style DoubleTime handset next – What a little charmer that was!