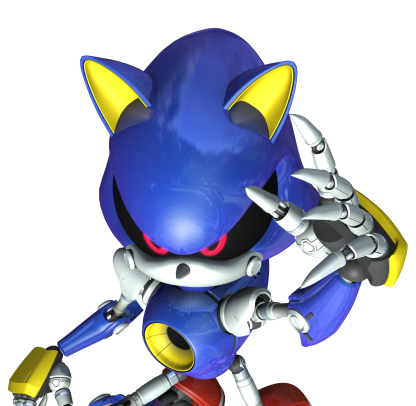 In the second speedy fix of Sonic news this week, the second episode of the true successor to the side-scrolling classic Sonic the Hedgehog has now been launched. Sonic 4 Episode II races onto Xbox 360, Sony Playstation 3 and Windows PC from today!

The follow-up part to November’s Sonic 4 Episode I, the game once again returns to Sonic’s platforming routes and bring familiar baddies from the hedgehog’s history into play once more – including Metal Sonic, a twisted mirror of the blue hero who was created by Dr Robotnik (aka Eggman) and which made its first appearance in Sonic CD on the Mega CD back in 1993. A bonus content package called “Episode Metal” will also arrive soon and explain how the robot’s resurrection came to be.

Additional features to the gameplay include new flying missions as well as double-team moves that resemble the “lock-on” manoeuvres from Sonic & Knuckles and these can be performed by Sonic himself and running buddy Tailz, who also returns in this true sequel. Check out the trailer for a taster of what’s in store if you choose to continue the story with Sonic 4 now available on Playstation Network costing £9.99, PC for £12.99 and through the Xbox LIVE Arcade in exchange for 1200 points.

That first but of Sonic news, was that Nintendo 3DS will host the 1995 SEGA Game Gear spin-off title Sonic Labyrinth on the Virtual Console from May 16th. For details on this action puzzler check out the Gadget Helpline’s feature – Here.