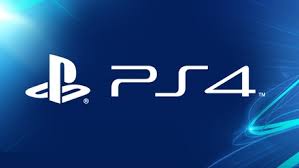 Sony Confirm PS4K, But it’s not going to be at E3

The rumoured upgrade for the PS4 dubbed “PS4k” has been confirmed to NOT be appearing at E3 (Electronic Entertainment Expo) that is looming ever closer with each day past, the CEO of Sony Andrew House has confirmed that the PS4k or Neo as it is also known with be sold alongside the current PS4 line-up.

CEO Andrew House made it very clear in words with the financial times that it’s not a replacement and will run alongside to “compliment” the PS4 as an upgrade to the gaming experience and that the key part here is that games will work on BOTH consoles.

“We will be selling both through the life cycle… all games will support the standard PS4 and we anticipate all and a very large majority of games will also support the high-end PS4.”

It was also mentioned that it should take “minimal work” for the game devs to support both the Neo and standard PS4, With all this; we still know very little about the end product, only the rumours of increased clock speeds for the CPU and GPU, including the suggestions towards 4k content, which we still do not know whether or not will be for video game content or just 4k media although there is still no price point for the “ps4k” the upcoming Playstation VR See our article about the PS4 VR kit :here

This comes shortly before the E3 exp, but it is confirmed that it will not be on display however, Andrew House also did comment on the fact that Sony “Want to ensure we have a full range of the best experiences on the new system that we can showcase in their entirety”

I myself am looking forward to seeing what else will happen in an already action packed E3.