Valve have been fairly tight lipped, aside from a few menial whispers about the ability to monetize a heap of community modifications. Starting with one of the most highly modded games on Steam is Bethesda Softwork’s triumphant RPG The Elder Scrolls V: Skyrim.

The process supposedly hands over a great deal of control to the creators of the content, giving them the ability to set the price themselves and how the revenue is split (if more than one author is involved). Naturally, some people are outraged that what should in all principal objective be a communal sharing of ideas and resources has been turned into a profiteering click-bait exercise – what is this, EA? Of course, mods are huge. It is estimated that the Creation Kit and the subsequent modifications created extended Skyrim’s lifespan by more than 1000%. People are still making mods for Skyrim and no doubt will continue to. Skyrim came out in 2011 and still holds a huge amount of popularity amongst Steam Gamers. This new surge in mods will no doubt return a number of ex-rimmers to the world of Tamriel.

Initial thoughts on this were mostly the following question:

“What if people just make garbage click-bait for money?”

Well in that instance you can petition for a refund within 24 hours. If enough people get a refund on a mod, the system will take down the modification and send a friendly warning to the author. If it continues, or if the mod is a serious breach (enough to attract admin attention) the author will face the mighty ban-hammer.

The whole idea behind it is that the best of the best will rise to the top. That, after an initial wave of click-bait nonsense, you’ll only see top quality modifications from people who have dedicated enough of their time to be considered worth paying for. Personally, it’s left a very salty taste in my mouth. The whole beauty of modifications was you had the evil corporations out there selling pointless DLC for money (EA… cough cough) and then this amazing player-base of heroes making content that was new, innovative and interesting for free. If you wanted to support your favourite mod, you could choose to do so. Modding was time consuming and often came without any promise of reward – mostly, you had people who had actually dedicated time to their creation post content. Now, with the introduction of paid mods, any nark without a social life can post garbage and get money for it.

As much as there is now a renewed incentive for the skilled people to create content, it’s also an excuse for the rest of the crowd to flood the stores with garbage. 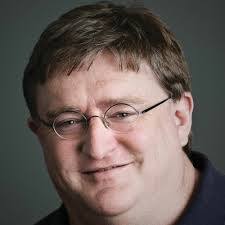 See Also: Steam Now Locks Out Chat Prior To Payment