The announcement that Steam were to begin allowing users to charge for their home created modifications was met with mixed reactions. We reported on the feature being opened for The Elder Scrolls Skyrim a few days ago, and since then the service has swiftly been withdrawn.

Apparently the addition of the feature that lets modders charge what they want for content wasn’t well received, causing some to downvote the Steam store rating of Skyrim itself in outrage. The very fact they were attempting to charge money for mods also was a big source of rage – mods for the ELder Scrolls series of games for PC have historically been free.

The modding community itself for Skyrim, and previous titles in that series, is over a decade old. Early title Morrowind was heavily modded, even today complete graphics overhauls exist that brings the 2001 title somewhat up to date with modern graphics. 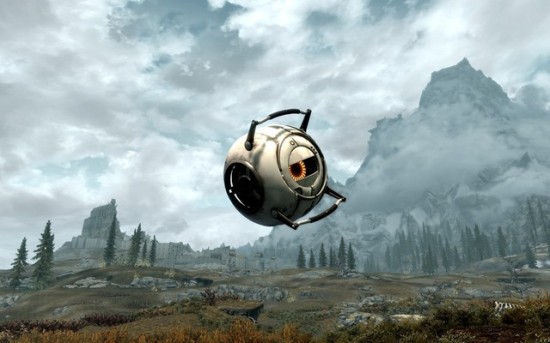 Behold, the power of mods.

Valve’s Gabe Newell commented on Reddit over the fiasco, highlighting Steam and Valve’s desire to appeal to their customer base with the removal.

“Our goal is to make modding better for the authors and gamers,” Newell said. “If something doesn’t help with that, it will get dumped. Right now I’m more optimistic that this will be a win for authors and gamers, but we are always going to be data driven.”

Earlier, on Steam, an announcement direct from Valve expressed total responsibility for the disastrously recieved feature.

“We’ve done this because it’s clear we didn’t understand exactly what we were doing,”

“We’ve been shipping many features over the years aimed at allowing community creators to receive a share of the rewards, and in the past, they’ve been received well. It’s obvious now that this case is different.”

Anyone who did end up purchasing mods from the now redacted feature will get a full refund. It’s a surprising miss for Valve, who for a number of years have pioneered making user generated content a supplementary source of income for creators. In the announcement, Valve highlighted the success of mods that become full fledged products, such as Counter Strike and DOTA, two major products originally designed by independent creators.

SEE ALSO: Apple Watch May Be Very Hard To Repair

In the case of Skyrim, their approach was a bit of a miss. Skyrim creator Bethesda Softworks hammer home the final nail in the service’s coffin in a response to the news.

“Even though we had the best intentions, the feedback has been clear — this is not a feature you want. Your support means everything to us, and we hear you.”

So it’s back to the drawing board for Valve, and somewhat of a victory for the consumer. Whether a new service arrives or another game gets the modding feature is as yet unknown.