The Backpack PC – The Solution to High Power VR Portability 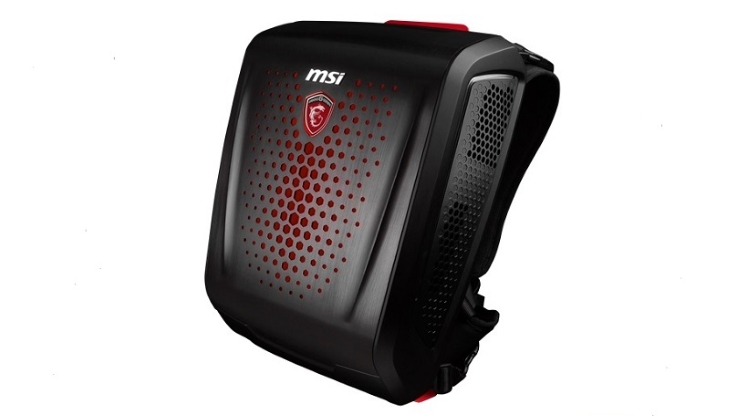 With the advent of VR comes the realisation that whilst our PCs and consoles are necessary for them to function, they aren’t exactly terrific for the whole movement while gaming thing. This is an issue as old as the dawn of the PC, and it’s something we’ve all experienced. You’re having a good time, you’re moving about a lot for whatever reason, and eventually, inevitably, you catch a cable. If you’re lucky, you only disconnect something. If you’re unlucky, well the devastation doesn’t bear thinking about.

Whilst some companies have attempted to challenge gaming as a motionless activity, Sony, Nintendo, Microsoft to name a few. The furthest we’ve come is VR, with Oculus, HTC, and Sony leading the way forward in movement oriented gaming, comes a renewed focus on how to enable that.

A number of companies have stepped up to the challenge and all their attempts are kind of similar. They’re bringing us the Backpack PC.

It’s an obvious albeit curious solution and whilst not ideal they’re a step in a more effective direction. That isn’t to say they aren’t capable enough.

For example, MSI’s version of the backpack PC comes equipped with an Intel Core i7 Processor, and an Nvidia GeForce GTX 980 and the whole device weighs in at around 4.5kg, which whilst not exceptionally heavy you will certainly notice after a while.

Despite a lack of specifications the chances are the Zotac, HP, and Gigabyte devices are likely to have similar capabilities and weight.

The major downside with MSI and its competitor’s devices is the battery life – none of them have anything above two hours. And in the case of MSI it sits at about sixty minutes. Only time will tell whether they become anything further than gimmicks, and whilst none are actually out yet, the chances are that MSI, HP, Gigabyte, and Zotac are going to be looking to have them released by the end of the year to jump on that VR bandwagon.