Twitter for Android updates to include “While you were away” 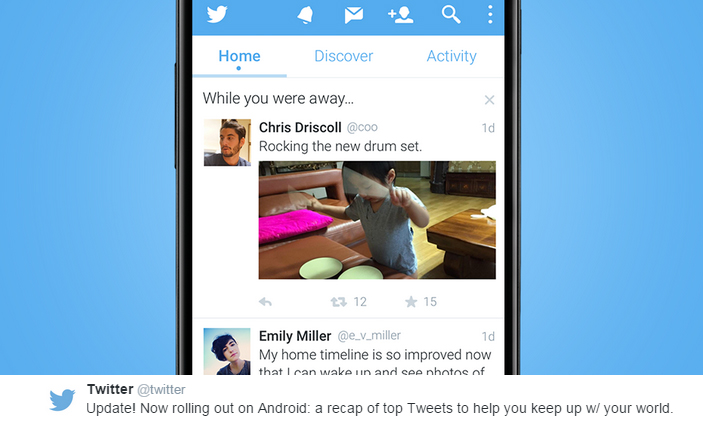 The Twitter app for Android has now been updated to include a “While you were away” feature.

The update gathers what the folks at Twitter feel to be the most important tweets that you may have missed from the accounts you follow since you last signed in, based on ‘engagement and other factors’. It then dedicates them a section right at the top of the Twitter feed where there’s no clear way to dismiss the posts aside from scrolling down through them to the current content and as far as we can see there is no opt out. They’re just there and it seems like that’s where they’re staying. 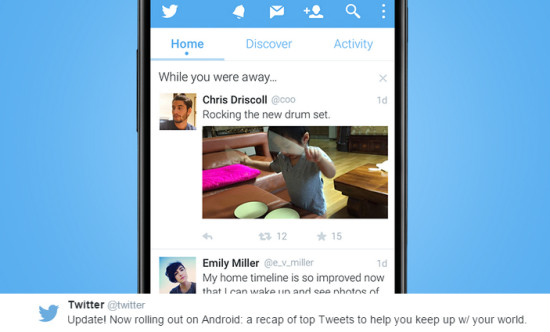 Twitter’s Product Manager spoke of the update when it was initially released for iOS in late January saying: “Our goal is to help you keep up – or catch up – with your world, no matter how much time you spend on Twitter. With a few improvements to the home timeline we think we can do a better job of delivering on that promise without compromising the real time nature of Twitter.”

But after annoying Apple owners with the new addition for the past month Twitter feels this is a successful enough trial to follow it up with a full roll out on Google devices as well. And the online response today on the social network is much the same from Android users.

Some examples of feedback include @dangeredwolf who tweets “this feature sucks please stop ruining twitter” and @tomeversley with “More unwanted crap in our feed. Great job guys.”

Twitter does say that the more you use its social app the less this recap will appear, so if you need us you’ll find us over there at @Gadget_Helpline.

(Update: Some Twitter users have suggested they’ve been able to update the app but opt out of the “While you were away” feature. We’re looking into finding out how.)