uTorrent May Install Apps Without Consent

Uh oh, it looks like uTorrent has been caught red handed. The popular torrent service apparently has been installing applications on people’s computers without the user’s permission. The service has already been promoting the cryptocurrency mining software EpicScale, but some users have said that the software has appeared stealthily on their computers without warning.

According to reports, uTorrent may be installing the software in the background – with some users saying that the installs occur randomly, or selectively on their pc’s. BitTorrent, the company behind uTorrent, has reportedly been looking into the issue with regards to the programs appearance.

This kind of silent install technique has been subject of a bit of an outcry recently, with Lenovo being caught pushing adware program SuperFish on unsuspecting laptop users. But just what is the program in question, EpicScale, which uTorrent users have allegedly been seeing?

“In terms of user complaints in our forums, we always take these claims seriously. We highly value our users, they are a passionate and tech savvy group. In the last 24 hours we have received less than a dozen inquiries out of several million offers.”

“We have reviewed the issue closely and can confirm there is no silent install happening. We are continuing to look at the issue. But this is most likely these users accepted the offer during install.”

EpicScale isn’t all that harmful, it’s one of those programs used by people looking to ‘mine’ currencies like BitCoin using their computer’s hardware. However, if the program somehow becomes activated without warning, stress on hardware caused by running the resource intensive application might damage computers. 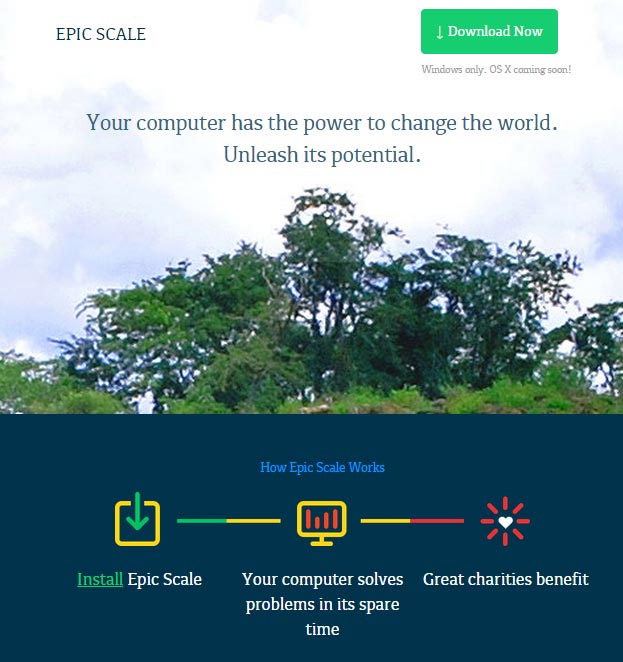 Users can choose to opt in to install EpicScale when they get uTorrent, but the thing is that not all users want it, and although the program does have a good cause in mind, the extra pressure on the user’s computer might just leave them slowed down or with a seriously overheated, stressed out computer.

Bittorrent has acknowledged the inclusion, and on their site have issued instructions on how to remove EpicScale, as well as an apology for the program running rampant throughout their installs. Read their statement on the uTorrent forums here.

If you’re worried about EpicScale appearing chances are if it’s on your computer you might have already spotted it. If not, do a check through known install locations such as the program files folder on Windows, or perform a search within your operating system.