Xbox One 1TB with New Controller is GAME Exclusive

Microsoft has announced a new Xbox One 1TB model which will go on sale at GAME stores in the UK immediately.

The new one-terabyte version of the Xbox One will be exclusively available through the retailer in its high street branches and online as an exclusive until June 20th. The basic console by itself is being sold for £349 and can be bundled with either Elder Scrolls Online or Lego Jurassic World for a bit more.

It’s essentially the same design in every way compared to its 500GB predecessor (which is expected to come down to a lower RRP of £299), complete with all the bells and whistles but its defining feature is that it boasts double the internal storage out of the box.

What is also different about this package is that it will include a slightly redesigned control pad. We saw this one last week when it was revealed in an official diagram showing the addition of a 3.5mm headphone jack alongside the usual expansion port on the bottom edge of the controller. The controller, much like the Xbox One 1TB console, doesn’t differ at all in appearances.

What the controller does offer is more accessibility and settings options for headset users and means gamers no longer have to use an adapter which added some slight bulk to the previous version. Why including the 3.5mm port is such an afterthought for Microsoft is anybody’s guess. But little over two years after the console was first announced prior to the E3 event in 2013 the port is here to stay and will be included on all control pads manufactured from now onwards. 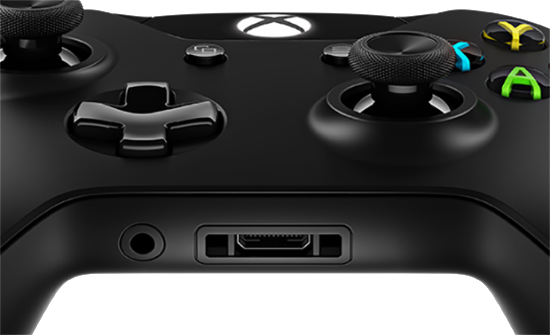 The one included in the box is however not the cool urban camo one known as “Covert Forces” that Austrian retailer Libro leaked ahead of time and will be released alongside the standard black one but Microsoft has now caught up and made it official and the controller will also go on sale as a separately sold accessory.