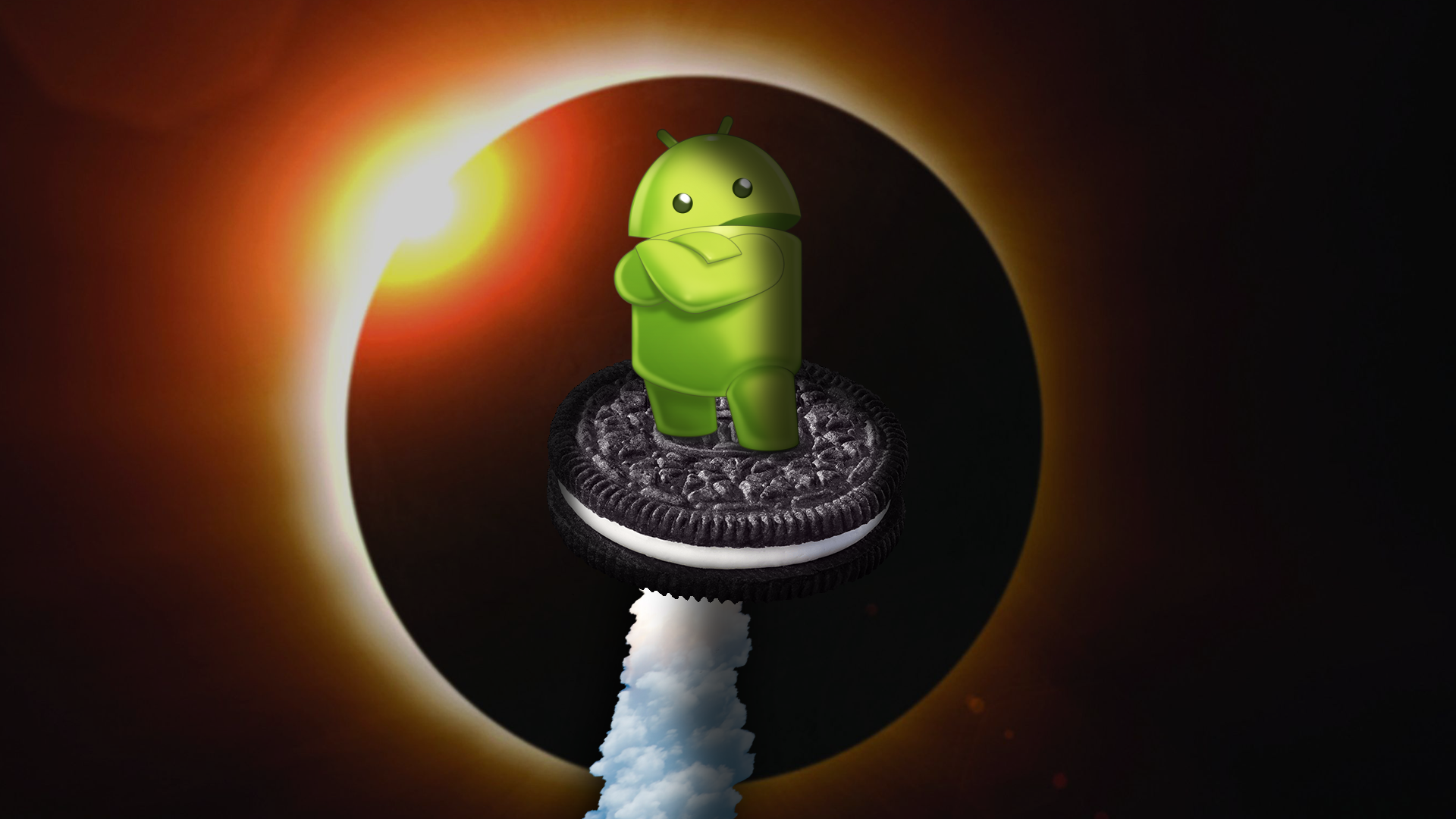 So many things happening at once its hard to keep track, Android O announced to be Oreo though!

Along with an eclipse happening and Intel announcing their 8th generation CPU, Google added their weight to the pile and threw in the name for Android O:

Android have huddled up with the food giants before, allowing for the first product placement on an OS, Kitkat.

We expect to see Oreo special editions in Android green any time soon.

All silliness aside. Along with the announcement the update will bring a slew of new goodies…

You will be able to view videos in the foreground whilst using other apps in the background.

“In Android O, we are focused on building a more reliable, predictable model for ‘arrow’ and ‘tab’ navigation that aids both developers and end users,”  Google.

Google will be adding Sony’s LDAC codec which should improve audio, especially over Bluetooth.

It will be much easier to access features such as magnification and select to speak.

A special Cthulu-esque easter egg included in Oreo. The Octopus is something fun to play with if boredom strikes.

Google Play Protect, a background service that will optimize security on your Android by analyzing the behavior of apps to detect malware, and remove it from your phone and the Play Store.