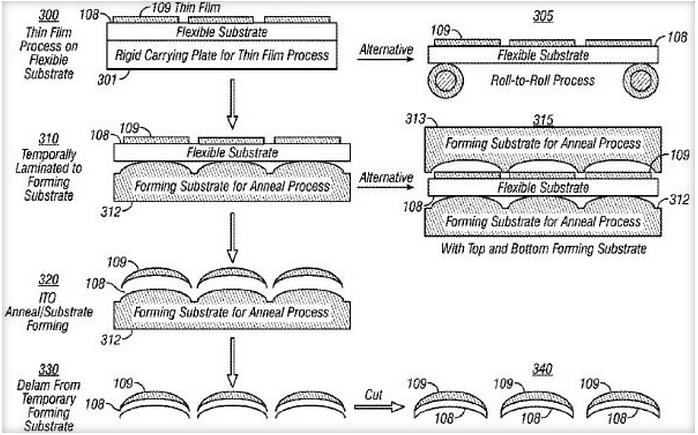 The Motorola Moto 360 should be the first round smartwatch wearable, but it may be that Apple is attempting to get ahead of Motorola with an apparent patent of a curved touchscreen that may make it onto the upcoming iWatch. 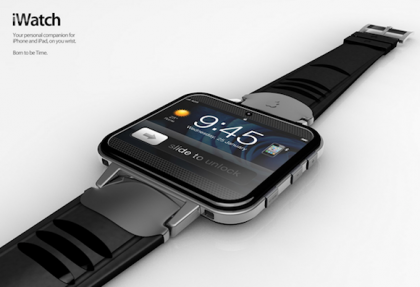 Apple’s upcoming iWatch might include this type of screen.

The curved touch surface appears to be made up of layers, like an onion if you will, each of which contribute to the almost holographic finish of the final screen. Confused? Well, here’s the official technical description of the curved touchscreen from 2010, published in the last few days on the US patent office website, that will hopefully shed light on the nature of the device, or will leave you even more confused.

SEE ALSO: iPhone 6 May Only Have 1GB of RAM

And of course, to add that extra seasoning of confusion to the mix, here’s the technical diagram. 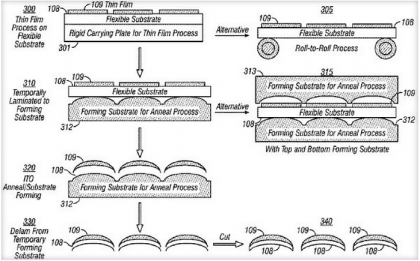 Okay, so the general theme at this point may be one of absolute bafflement, but here’s the idea behind the curved touch screen.

Several layers form the screen, which are each individually layered over one another in the curved shape. Each of these layers contribute to both the display and function of the screen, with the lower layers most likely being designed to show an image, whilst the upper ones receiving touch input and relaying it to the device.

To produce such a wondrous device, a thin film is layered over a flexible material, forming a ‘skin’ over it. Then, as you can see in the diagram, both are heated up and moulded into the desired shape, in this case, curved. Once both are formed, they are cut out into the desired size. There you have it, in layman’s terms.

The Curved touch screen is as of yet not known to be included in any upcoming Apple tech, but once we see anything that does conform to the description, we’ll at least know how it was made.