Green screen, for most of us we think of movie making or live streamers. The green screen allows those using digital cameras to remove the background entirely or add something that is not there in reality. With a green screen it allows the impossible. If you are a streamer though, this was something that was a pain to get right for quite a while.  It can be quite annoying for anyone with green eyes too. This new addition should change most of those old issues, if not remove them entirely.

Facial recognition. The term is not exactly what you would consider when thinking about the graphics card giant Nvidia. Nvidia and Logitech suddenly own a much larger piece of pie.
In the wake of Nvidia claiming they have helped improve OBS with facial recognition and dynamic background tech. Logitech announce they have purchased Streamlabs.

We did a little digging into this new business relationship. There is actually quite a bit of entwined history. Here is one for example.

Back in 2016 Logitech announced they had a webcam that did exactly what this new announcement from NVIDIA/OBS does.  Flash forward to yesterday and we see the camera tech integration into OBS announcement. We hope that this is a feature that you can fully turn off. Anything to do with facial recognition should be able to be switched off at users will.

Obviously streamers who use webcams have no real care about facial recognition. They regularly show themselves live and it would be counter productive to ‘hide’ their identity while streaming. The Hearthstone streamer, DisguisedToast, is probably the only exception in this regard. 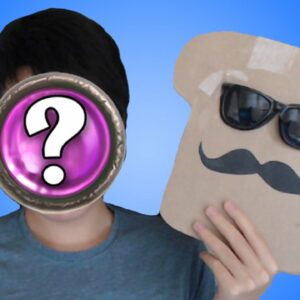 Going back to the actual tech involved with Nvidia RTX and OBS. This is not something that is really exclusive to Nvidia. This is based on the facial recognition API by Microsoft Azure (Face API).

Other than that it will be very useful for those creators out there who have limited space!

Thanks for reading. For more gadget and AI related information, check out Gadgethelpline.