London Completes the Digital Switchover – How to update your Digital TV! 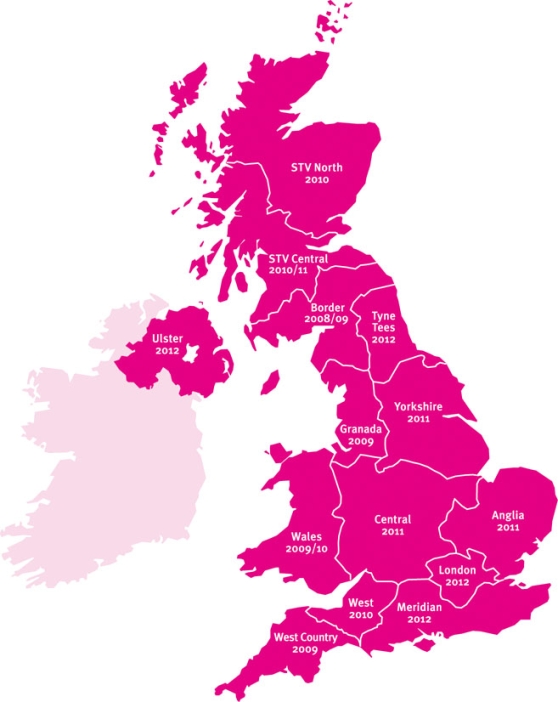 Yesterday was the final day of the London Digtal Switchover, and the first day of the didgital revolution. With millions of TV’s across the country already switched it was always going to be our nations capital that was going to be the heardest.

But with the Switchover now complete on the Greater London Area many people still have not re-tuned there Digital TV’s and boxes to the new stronger frequency.

The basic rule of thumb her is this:

If you didn’t retune yesterday… you need to retune!

It doesn’t matter if you already have a good Freeview Digital signal, everyone should retune to get the full benefit of the switchover process.

With the Switchover now complete the London area will be receiving a higher power signal than they were just a mere 24 hours ago so a full retune of your digital set top box or in built television will provide you with a strong signal, and the possibility of a few extra channels.

Follow our “The London Digital Switchover – What to do and what not to do” guide below: 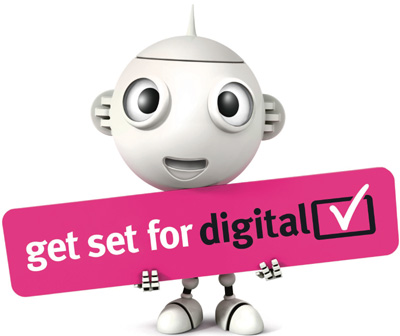 We at the GadgetHelpline have many years of experience with all things gadgety but we like to think that we excel when it comes to TV’s and home entertainment, so we thought we would share our Top Tips on what to do during your digital switchover period and beyond.

Firstly let’s talk about the “When” of the digital switchover, as it’s the one area that is different depending on region and location. The digital switchover has been running since mid 2008 and so far converted 11 territories to digital with a further 3 to come before the process is complete.

As the image above illustrates the rollout will be completed by late 2012 but possibly in time for the Olympics in 2012.

So now we have established the timeframe for the switchover its important to note that you will be warned about the exact date of the switchover closer to the date by many different forms of communication, from TV and Radio to mail shots and local advertising.

The standard digital switchover will take place between 2 dates with the first part of the switchover starting by the users losing 1 or more analogue channel as a warning and upon the second date the analogue in that area will be completely switched off thus completing the digital switchover.

To help out with the digital switchover period we have devised a list of a few things to do and a few not to do during your switchover in your area.

When do I Switch?

The Crystal Palace transmitter group, made up of the main transmitter and its local relays, serves Greater London and parts of the home counties.

The transmitter switches in two stages on 4 April and 18 April to give people the chance to check their equipment. It is important your TV is converted by stage one.

If you have Freeview, then you will need to re-tune on both switchover dates.

To check when you switch, or if you aren’t sure where you get your signal from, enter your postcode into the predictive postcode checker at www.digitaluk.co.uk/postcodechecker

The BEST source of all the information you will need is available online from www.DigitalUK.co.uk , who you may know from the little Digit Al robot and the advertising. DigitalUK are a group set up by the government, solely for the Digital switchover to help consumers to remain informed throughout the process and to ensure that it all works correctly.

The first thing you should do is visit the Digital UK website and checks your switchover date in the postcode checker, this will give you all of the detail you will need so that you know what to expect and when. A breakdown of your area will be displayed

A key thing to note is the two switchover dates, what will happen between the switchover (i.e. BBC2 Analogue will be switched off) and what your “Reception & Channels” level is for Freeview. These things should give you a good indication of what to expect. 2 Switchover dates will be provided

Now saying that this does not mean that the exact day of the second switchover date will give you full service, as interruptions and degradations to your signal are to be expected. Basically, the actual switchover process is about turning off the analogue signal and switching the power from the analogue to the digital service, now, during the days surrounding and following the switchover the local digital masts will be taking alot of strain from the changeover so it is best to expect some initial issues once your area has switched.

The best thing in these situations is to continually do a full retune over the course of a few days after the switchover, which leads us onto our next point:

There are 2 types of retunes for televisions and digital equipment, retunes and full retunes (sometimes call factory retune, factory reset, full scan etc) the difference between the two is the type of scan it performs. Basically a retune/rescan make the TV search on its current signal mast for any new channels and updates, but be aware that what this does not do is search for a better signal.

A full retune/factory reset will delete all existing settings and search as though it’s the first time the TV has ever been turned on, this will the search for the STRONGEST signal in your area and bring you back the largest number of available channels.

So the digital signal you were on before the switchover may actually be weaker than the signals available after the switchover, and in this case the full retune will find and set the strongest signal available.

It’s also worth noting that a full rescan can also be classed as a factory reset so this may also be an option if this is listed in your digital menu.

Most modern TV’s are built for the European market, and not just for the UK and this means they are equipped to tune various different Television networks and types.

When you perform the full retune option on a digital device, many devices will ask for the country to scan beforehand. If this is the case always ensure that the country is set to UK so that the TV will know what type of signal it is scanning for (PAL is the UK signal type). Its a small mistake that normally goes unnoticed but it could be the difference between 20 channels and 70.

Still having Issues? Then its always a good idea to try another aerial socket or TV on the same socket! Many houses/flats nowadays have either split of shared aerials and trying another socket throughout the house can enable you to find out where the issue lies… with the signal or with the cable!

In some cases degeneration of an aerial cable or the fact the signal has been split too much can severely affect the strength of the signal you can receive.

In many cases there is only one aerial or digital device available in each house, at this point it’s a good idea to se what sort of signal your neighbours are getting and to see if there is a substantial difference.

During the digital switchover period it is very common for you to lose groups of channels and you may also find that your neighbours will be having a similar issue, which will show that there is an area issue and that it’s not just your aerial/digital receiver causing the problem.

Oh a booster… a swear word in the Audio Visual industry! While many people frown upon the signal booster and will say it simply does not work, we have a slightly different opinion.

A signal booster is designed to take an existing signal and speed up the delivery to the digital device…  it doesn’t make your signal stronger it just speeds it up.

So in many cases the signal booster won’t deliver much of an improvement if you already have a poor signal, however a signal booster can be used to improve the signal you already have and also add a few extra channels. Signal boosters can be bought from most electrical retailers as well as most large supermarkets and generally range from £5 – £20, so if you are missing a few channels or have a slightly poor picture then pick up a cheap booster and perform a full rescan. You may be pleasantly surprised. We have been.

Things not to do:

During a switchover is one of our busiest times as the majority of our calls are from people who have lost channels or signal and don’t know what to do. As we have already stated it’s normal for there to be some disruption in the digital service on and around the switchover period, so if you are experiencing issues just remember its normal and to try the steps above repeatedly over the course of a few days.

Don’t call out an engineer

Lets be realistic here, engineers and installers are businesses… and so they will encourage you to upgrade your equipment  and charge you extensively for callouts.

So before you get to this stage try calling the digital device manufacturer and/or DigitalUK to see if they can provide any assistance or have any resolutions to offer. Most manufacturers will have a great awareness of the issues customers encounter with their products and will be keen to help out.

Now we are not saying this isn’t an option, but don’t be hasty about getting a replacement aerial.

A brand new mid range aerial will cost you around £250 plus installation, so not a small amount of money by any means. Installation companies will be quick off the mark to try to sell you a digital aerial but be warned there is no such thing as a digital aerial, there are simply differing levels of aerial. As with most things the higher the quality the more you should expect to pay, but in recent year’s aerial manufacturers have started branding their higher end aerials as “Digital” to cash in on the digital switchover. 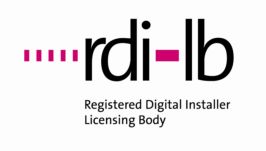 All you need to do is ensure that you have taken all the above steps first, and if, after that you are still having signal issues, then it may be time to upgrade your aerial.

If this is the case then always use an installer with the digital tick logo – this means they have been trained and security checked.  Only Registered Digital Installers (RDIs) are permitted to use the digital tick logo. To find an RDI installer, visit http://www.rdi-lb.tv/.
Let us know your thoughts on our comments below or via our @Gadget_Helpline Twitter page or Official Facebook group.