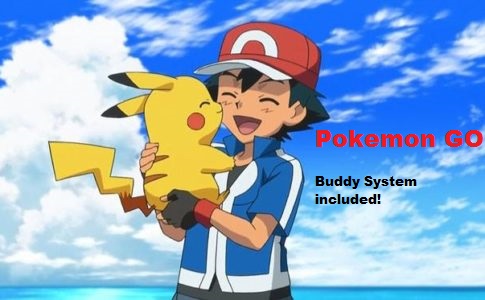 It’s that time again, Niantic have released an update (1.7) to Pokemon GO via the play store for Android; currently not available on iOS.

The update was released yesterday evening and we jumped on it here at Gadgethelpline then took it for a test run.

The update has fixed a number of issues including:

You can now go to your journal page and click on the burger symbol on the bottom right to bring up the options. Click Buddy and choose your new walking pal. The Pokemon buddy will gain one candy per 3km.

Eggs hatching and actually telling you they have hatched instead of going straight to your Pokedex. No more hunting through recent to see what hatched!

It is now easier to select smaller pokemon on the screen, can confirm this is working after going out on the hunt last night.

Finally they have fixed the issue of network switching causing hanging etc. This was one of the most irritating bugs; you put the phone in your pocket shortly before leaving home for a walk then find out 10 minutes later that the game has hung when switching over to mobile network, good job.

Pokemon GO Plus support now included, the wearables are on their way. If you use the GO Plus you will no longer need to have the app draining battery power in your pocket. Downside of course is that the wearable will need charging.

And, of course, no patch from Niantic would not be complete without minor text fixes.

As always, we will keep you posted on any information as and when it becomes available, thanks for reading from all at Gadgethelpline.com.