Sky TV will become one with the Force when it launches its new Sky Movies Star Wars channel on Friday 11th December. And to get its subscribers ready to join the Rebellion (or the Dark Side) the British television broadcaster has released a range of custom Sky+HD remote controls featuring designs based on popular characters from the beloved Saga. 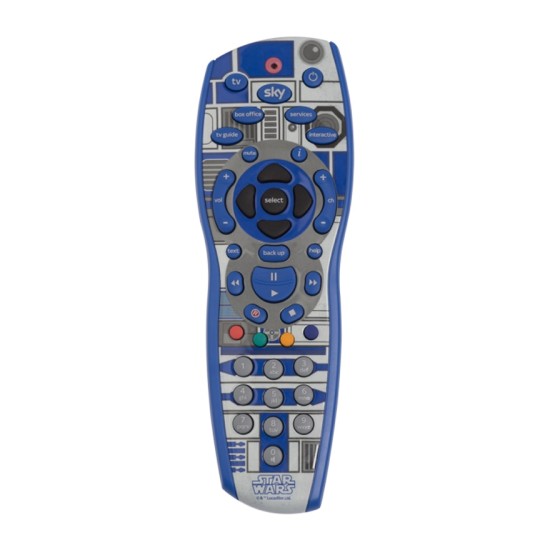 Ten unique Star Wars designs are now available to purchase with each Sky+HD remote control costing £24.99. Four are based on character armour including Darth Vader, Stormtrooper, the droids R2-D2 and his counterpart CP30. The other six feature some very cool artwork of the heroes Yoda, Luke Skywalker, Princess Leia and Han Solo – or the villainous Darth Vader and his loyal Stormtrooper (in the classic armour). 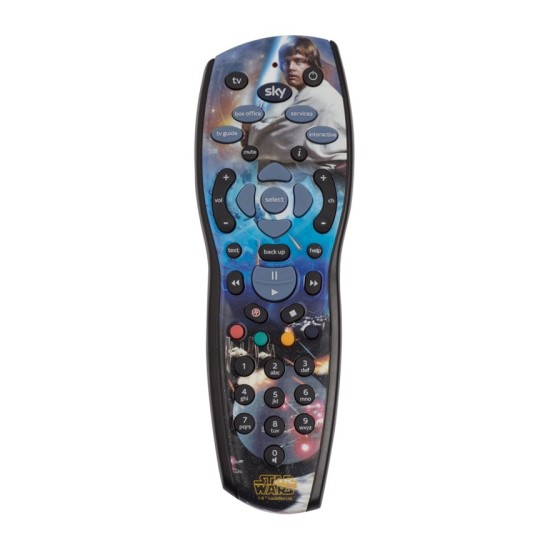 The remotes not only feature familiar likenesses from everyone’s favourite Galaxy Far, Far Away but they also do everything your original remote will do. Including channel changes, volume up and down, with access to red button features and the ability to fast forward or replay a favourite movie moment on the newly launched, dedicated Star Wars channel.

Sky Movies Star Wars begins on December 11th to January 3rd in celebration of new movie The Force Awakens which comes on next Wednesday and the Sky+HD remote controls are on sale now through the Sky online store. You may not be able to change channels through the Force alone, but these remotes will at least allow fans to do it in style!