YouTube is a video streaming site. This much is clear. It says it on the label, people tell you that’s what it’s for. But under the skin is another, hidden use for the site – which sees users gluing their own private playlists of copyrighted music tracks, uploaded as ‘videos’ displaying a single image accompanied by the music.

Now readers, we can be frank with each other. We’ve all done our share of crafty internet piracy. Now I’m not saying that the best of us download 100% of their media supply for free, but it’s safe to say that most of us have tried it at least once.

We at the Gadget Helpline do not condone piracy, but we have another obligation to report the news, and the news is this: today it’s not hard to get everything you ever wanted to watch or listen to online for absolutely free, with only a little internet knowhow required. YouTube users and their gargantuan royalty free playlists are just one very simple example of how this is possible online.

But YouTube themselves have other ideas about how users can best enjoy music through their site.

With regards to music, the people at YouTube have been rumored to be behind a full music streaming service, sans video, for the last few years. It’s not been much more than a rumor, up until now.

YouTube CEO Susan Wojcicki outlined, in an interview with Re/code, the streaming site’s dedication to becoming a new music platform. They’re working on it, we can confirm, but the CEO fell short of actually telling us when the service would roll out to the user base.

It’s not the first time that a YouTube music service has been outed – in 2013 rumors had it that YouTube was working on ‘Music Key’ a music system so exclusive that you’re either in it or you’re banned from it, as apparently YouTube’s plan was allegedly to block indie record labels who refused to get on board.

Whether the system mentioned in the recent interview was Music Key or some derivative thereof is unclear, but the bad public reaction to the blocking story may certainly have changed YouTube’s plans a bit, as well as smearing Music Key’s name in the eyes of users. 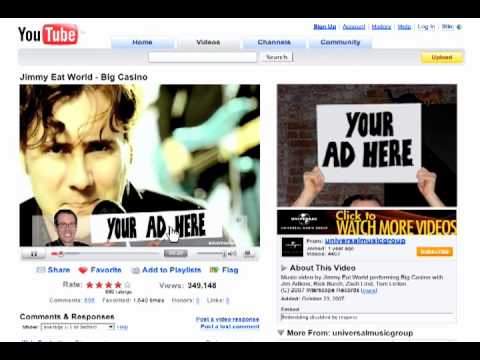 Meanwhile, underneath the new revelation of YouTube music streaming flowed a subterranean river of intrigue, as during the interview Wojcicki outlined that YouTube might soon be free of ads for good – if you’re ready to pay the price.

According to the CEO an idea where users can pay to remove apps is bouncing around YouTube’s collective consciousness. The system isn’t set in stone, and hasn’t named or announced in any official way, but from what was said it may be similar to how some mobile apps charge to remove ads for a small fee.

Whatever the news that comes next, we do know that soon there may be an end to ads on YouTube for those who can stomach the costs, and a music streaming service for those who can also… stomach the costs… as well. Brilliant news if your stomach is impervious to costs, but if not, you can always still use YouTube the ‘traditional’, less expensive way.

Stay tuned for more info on Youtube’s music streaming and ad removal proposals as they arrive, we’ll be sure to get an article out when the news hits.