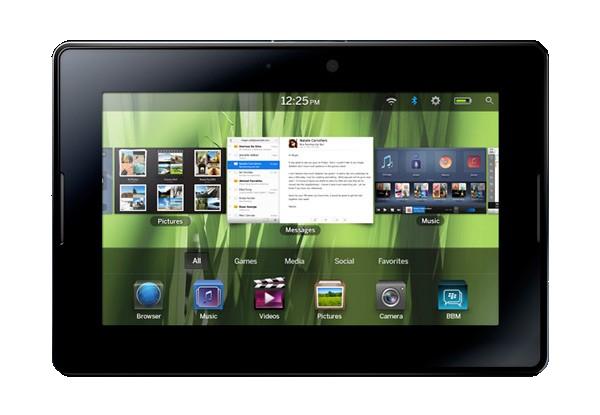 RIM has confirmed a launch for its first tablet, the Blackberry PlayBook, is set for as early as April and as a bonus the devices will be  in partnership with London-based 7Digital so that the new gadget will bring with it a pre-loaded music store app with access to 13 million high quality MP3 tracks. 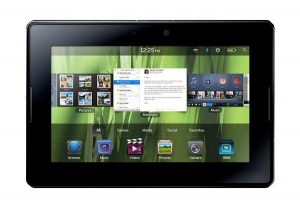 The Blackberry PlayBook will deliver full computing power to the tablet with a1GHz dual-core processor and 1GB RAM. It comes equipped for business, with video conferencing and all the familiar goodness from Blackberry that makes life on- the-move easier.

However RIM are making it very clear that the PlayBook isn’t just a Business device, and are making the most of playtime is also an x-factor on the PlayBook, which looks set to live up to its name, with capacity for some serious gaming and the addition of this new music store feature.

Forming an entertainment tag-team with music provider 7Digital, RIM will bring the challenge to Apple’s iTunes. Details are few at the moment, but we do know it will provide a search engine and pre-purchase samples, all the familiar features presented by the leading rival service.

Despite 7Digital being a UK-based music provider the initial April launch for the Blackberry PlayBook, with the music store app, will be within the USA and Canada with other countries promised to be included in coming months.

Full info will be revealed at SXSW festival later this week.