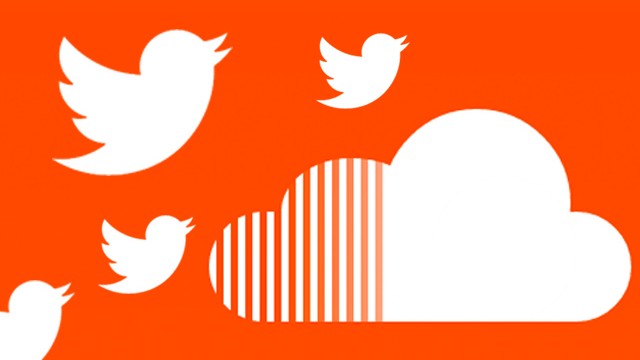 After Twitter’s rumoured attempt to buy SoundCloud never happened, the social networking site has decided to partner up with the music sharing network instead. Twitter’s new Audio Cards feature combines forces with SoundCloud as well as iTunes, meaning that these new cards will appear both on your Twitter dashboard as well as on the two other services.

Audio cards aren’t just for music either. On top of notable artists such as Coldplay and Alt-J, big institutions such as the BBC World Service and NASA also have Audio Cards of their own.

“With a single tap, the Twitter Audio Card lets you discover and listen to audio directly in your timeline on both iOS and Android devices,” said Twitter product manager Richard Slatter.

“Throughout your listening experience, you can dock the Audio Card and keep listening as you continue to browse inside the Twitter app.”

SoundCloud Audio Cards let the user pop them up and out into their own window, with fullscreen mode showing any art the uploader has set to go with the sounds. The window can be minimised and the sounds will still play.

“We’re just beginning to test the Audio Card and plan to make it available to more partners and creators in the future so that many more musical artists and creators will be able to share exclusive, in-the-moment audio to millions of listeners on Twitter,” Said Slatter.

Twitter’s ill-fated app Twitter #music launched in April 2013 but only lasted a year, closing down in April this year. Twitter promised they would be finding new ways to bring music to Twitter following the app’s closure after key members of the team behind it left the company.

Twitter has stayed dedicated to music however, Audio Cards isn’t the only music service the company is providing, in fact the social network has been working with chart company Billboard to produce the ‘Trending 140’ chart since May.

Audio Cards has already landed on Twitter, with several artists taking part in the service, Including David Guetta and Chance the Rapper. Find out more at the source link below.