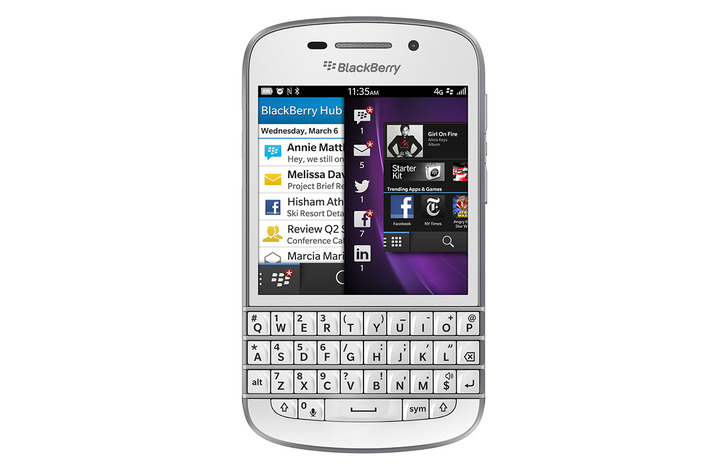 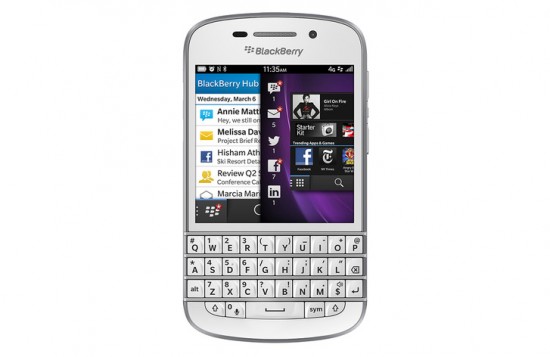 Nowadays almost every new smartphone comes in a range of colours, but for some reason there are still a few brands that manage to turn white smartphones into  coveted items amongst the gadget buying public. One of those is BlackBerry, and it’s looking to cash in with a brand new white version of the new BlackBerry Q10.

Shortly after the launch of the Q10, which was initially available in black, BlackBerry has revealed a new white version, and we have to say it looks much classier. Just as it has done in the past with various Curve and Bold models, a white version has joined the original black one.

The white BlackBerry Q10 is available now in the UK through Selfridges and Carphone Warehouse, alongside its black brother. Selfridges sells the phone SIM-free for £579.99, whereas Carphone Warehouse has it on contract with most major UK networks starting from £33 per month on 2 year deals.

If you want to get your hands on some BlackBerry 10 action in white but prefer full touch to the QWERTY keyboard, BlackBerry also has the Z10 out right now in glossy white and you can get eyes-on with that right here.

Black or white not your thing? BlackBerry looks set to release another BlackBerry 10 phone in the near future called the R10, which has been spotted in black, white and lipstick red.